Rory McIlroy: World number two one adrift at European Masters after second round 63 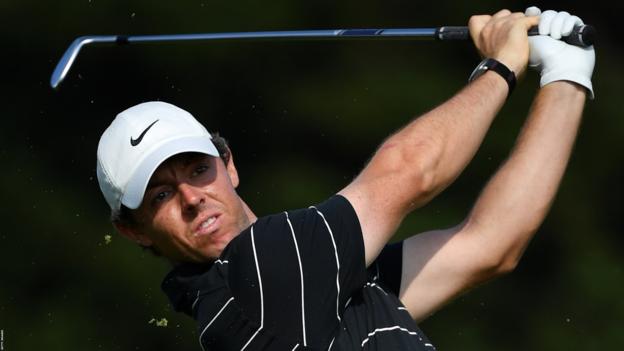 Rory McIlroy surged into contention at the European Masters in Switzerland after shooting a second-round 63 to move within one of leader Gavin Green.

McIlroy, 30, carded eight birdies and an eagle as well as three bogeys to leave him on 10 under par.

England's Tommy Fleetwood is on the same score, as is Wade Ormsby and Argentina's Andres Romero, who produced a stunning round of 61.

Fresh off his Tour Championship victory last weekend, McIlroy turned in 33. After he followed a birdie at the 11th with a bogey, the four-time major winner caught fire with three birdies and an eagle in his next four holes.

The world number two is in a strong position to win at Crans-sur-Sierre, 11 years on from missing out on a maiden European Tour title when he lost a play-off to Jean-Francois Lucquin.

“Even if I do make a bogey, I'm having a good time here and enjoying myself,” McIlroy told Sky Sports.

“That's probably why I finished like I did there, despite dropping three shots in my opening 12 holes.”

He added: “It would have been easy for me to take my foot off the gas after last week. I've given myself a good chance to win this tournament, which I've come close to winning before.”

McIlroy begins his third round at 10:59 BST on Saturday alongside Ormsby and Schwab while Fleetwood is out in the final group with Romero and Green and 11:10 BST.