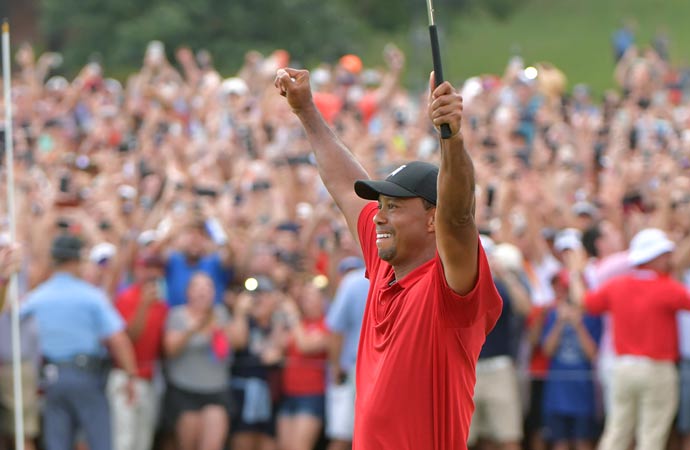 Tiger Woods and Rory McIlroy are sharing the bulk of support ahead of the Farmers Insurance Open this week as both try to get early season wins under their belts.

Woods registered his first victory in five years at September’s Tour Championship and makes his 2019 bow at a Torrey Pines course that has played host to eight career victories, including the 2008 US Open.

We gave Woods a 14/1 shot of winning the Farmers Insurance Open for an eighth time.

Rory McIlroy has narrowly attracted more support in the run up to tee-off having been chalked up at 14/1 himself.

McIlroy has turned to the PGA Tour in a bid to break his major championship drought and is 16/5, alongside Woods, to post a top 5 finish having done just that at the Tournament of Champions in Hawaii three weeks ago.

He is 7/2 to win his fifth major at one of the four big ones later in the season, with Woods a shorter 5/2 shot.

Spaniard Jon Rahm is the 9/1 favourite at Torrey Pines having won at the venue on his first visit in 2017.