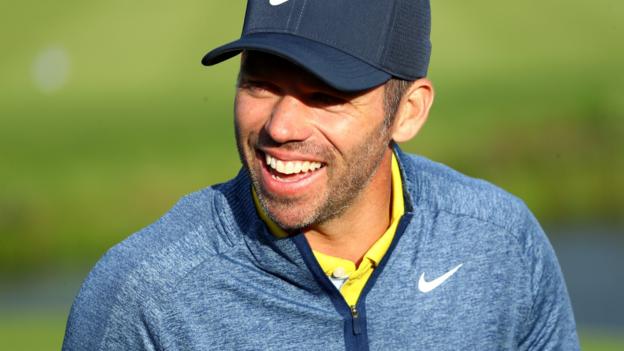 England's Paul Casey holds a one-shot lead after the first day of the Porsche European Open in Hamburg, Germany.

In wet and windy conditions, Casey, 42, shot a six-under 66, including back-to-back birdies on the 13th and 14th holes, despite suffering with illness.

Austria's Matthias Schwab is on five under, with Scotland's Robert MacIntyre, Germany's Max Rottluff and England's Ben Stow all on four under.

“That's one of the finest rounds I've played this year,” said Casey.

“A couple of putts slipped by but it's such a difficult golf course. I was happy with the patience I was showing and the score does not do it justice.

“I would've been happy to be under par, never mind six. I'm not feeling great, but it is what it is – beware the sick golfer.”

Casey, who had been suffering with a sore throat, has won 13 times on the European Tour, but is aiming for his first success since the KLM Open in September 2014.

Former Masters champion Patrick Reed had to birdie the last three holes to shoot a two-over-par 74, while world number nine Xander Schauffele was one shot better off despite dropping three shots in his last eight holes.

Find out how to get into golf with our special guide.