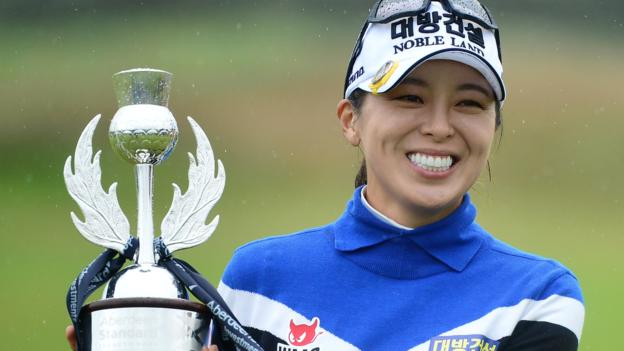 Mi Jung Hur closed with a terrific five-under-par 66 to secure a four-shot victory in the Ladies Scottish Open at a soggy Renaissance Club.

The South Korean posted six birdies in the last 10 holes – including four in a row from the ninth – to finish 20 under and end her five-year wait for a title.

With qualification for the Solheim Cup now closed following the final round in East Lothian, Europe captain Catriona Matthew will reveal her four wildcard picks on Monday for the September showpiece against the United States at Gleneagles.