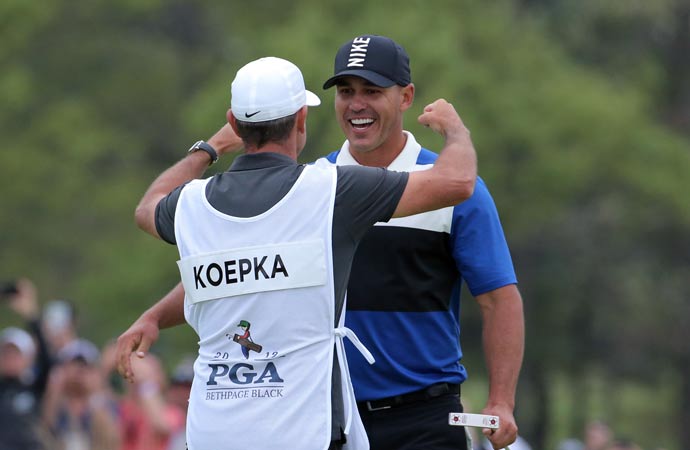 Brooks Koepka is being backed to continue his stunning major run at next month’s US Open after he won his second consecutive USPGA Championship at the Bethpage Black Course in New York on Sunday.

The American survived a wobble on the back 9 to finish 2 shots clear of Dustin Johnson and become the first player in history to successfully defend PGA Championship and US Open titles, a record that could get even better as the US Open heads to Pebble beach in June.

Koepka will become the first golfer in the post-war era to win three US Opens in succession should he successfully defend his title at the California track,

and we have slashed his odds into 7/1 from 11/1 on Monday to make him the new favourite for the trophy.

It’s a 300/1 shot that Koepka completes his own version of the Grand Slam by winning the next 3 majors to hold all major titles at once, something achieved most recently in the game by Tiger Woods in 2001. He is just 25/1 now to win 10 or more majors in his career.