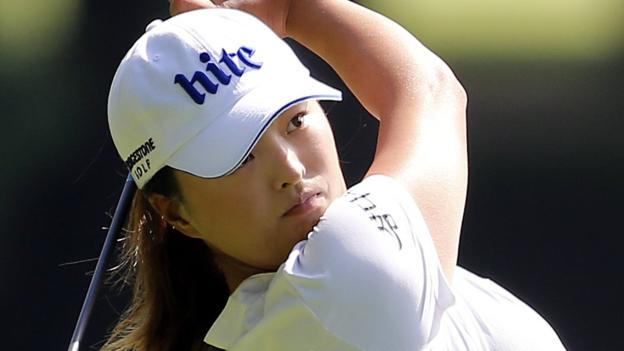 World number one Ko Jin-young's bogey-free streak has ended after 114 holes at the Portland Classic.

The South Korean's run, which the LPGA believes to be its longest, beats the PGA Tour record of 110 bogey-free holes set by Tiger Woods in 2000.

Ko, 24, missed a three-foot putt for par on the ninth at Columbia Edgewater during an opening four-under-par 68.

She last dropped a shot on the second hole of the third round of the Women's British Open on 3 August.

“It's cool. I want to do again – 115 holes bogey-free hopefully,” said Ko after Thursday's round.

However, she admitted she was partly relieved to be free of the pressure of continuing her run.

After finishing third at the British Open, Ko went through the CP Women's Open without dropping a shot, winning by five strokes.

She began her opening round at the Portland Classic with four straight pars, an eagle and two birdies, before dropping the shot – the only blemish on her scorecard.