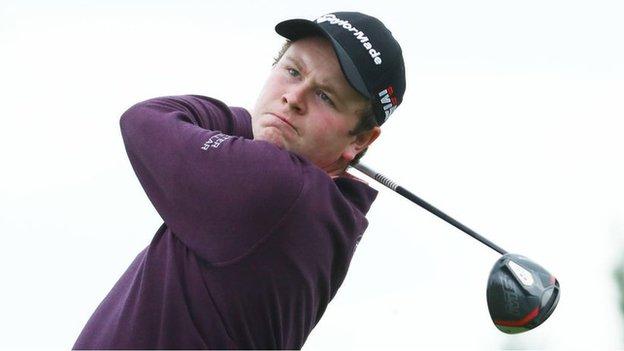 Scotland's Robert MacIntyre shot a second-round seven-under-par 65 to move into a four-shot lead at the Porsche European Open.

MacIntyre hit seven birdies without dropping a shot and is on 11-under 133 overall at the halfway stage.

Bernd Ritthammer of Germany is second after carding a six-under 66.

“It's probably the best I've driven a ball – possibly this year. It's not just going straight, it's going miles,” MacIntyre, 23, said.

“I don't know what I'm doing but it's working so I'm just going to try and continue to do it.”

England's Paul Casey led after the first round but a four-under 68 means he is six shots off the pace.

Casey is alongside Italy's Guido Migliozzi and Matthias Schwab of Austria on five under.