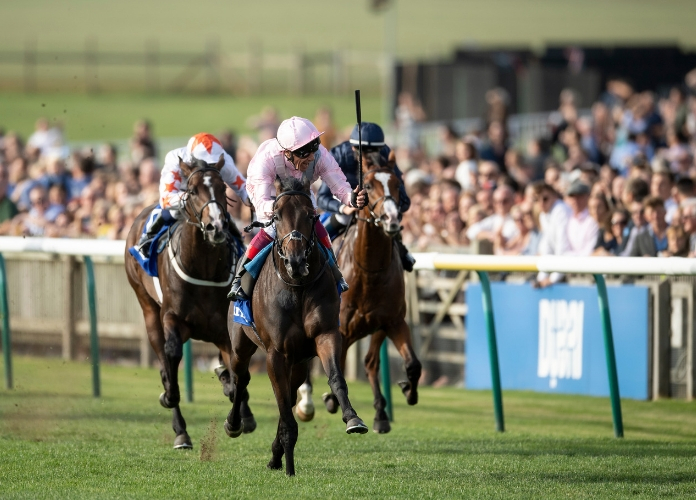 Day two of the Dante meeting sees siblings steal the limelight with Lah Ti Dar and Too Darn Hot both expected to take the big races. They are both out of the fantastic mare Dar Re Mi. There are two competitive handicaps to also look forward to where Tommy Taylor might eventually land a nice prize.

Copper Knight ran a cracker in the Scottish Sprint Cup handicap on reappearance and was only beaten a length at Chester last week. He’s one-pound well in here and must go close again.

Tommy Taylor is my idea of the winner having come down to a very workable mark and showing clear signs of a resurgence at Doncaster two weeks ago.

The Horsewatchers and Mick Appleby have a formidable record with their handicappers and Saaheq added to this when winning the aforementioned Scottish Sprint Cup most recently. He showed plenty of speed the last day and is on a real upward curve.

Cowboy Soldier was very impressive when last seen at Kempton after being gelded but I think he’s a better horse on the all-weather and is worth taking on here.

Only six go to post for this Group 2 contest that was won by the John Gosden trained Coronet. It’s another Gosden inmate that will take all the beating twelve months on. Lah Ti Dar is impeccably bred and although she was beaten by Kew Gardens in last season’s St Leger, she brings the best form into the race and os the one to beat.

Rawdaa put in a very taking performance at Newmarket last season and kicked off the current campaign with a fine third at Kempton last month. She has a very likeable profile and will make the favourite pull out all the starts.

Of the others, Nyaleti and Mrs Sippy are both classy individuals both look set for minor roles.

John Gosden has won three of the last four renewals of this Group 2 contest with the likes of Golden Horn, Wings of Desire and Roaring Lion. It seems like he’s strong claims once again with the very class Too Darn Hot who’s sister La Ti Dar is strongly fancied to win aforementioned Fillies’ Stakes.

Too Darn Hot was last season’s champion two-year-old and was all the rage for the 2000 Guineas before being ruled out of the race. He looks sure to stay this far and will be tough to beat.

Japan makes his eagerly anticipated reappearance here and was a good winner of the Group 2 Beresford when last seen in action. On breeding, he looks sure to appreciate this step up in trip and it should be a great clash between the principals.

This represents a huge step up in class for Telecaster who finished runner-up to Bangkok on debut and then demolished a novice field at Windsor. He’s open to plenty of improvement and is a nice type.

Others of interest include the hat-trick chasing Surfman and the Godolphin-owned Line Of Duty.

This is a race that four-year-olds have a particularly good record in and it’s not surprising to see three such horses at the head of the betting. Ledham has yet to win of grass but showed plenty of spark when finishing runner-up at Haydock on his reappearance. This well-bred sort has very powerful connections and will be the choice of many off just one-pound higher.

Beringer started the current season with a fine third at Lincoln at Doncaster and then got his head in front at Newmarket and off only three-pounds higher here he’s high on the list.

David O’Meara’s French recruit Hortzadar was won both starts since joining the yard. He’s gone up fifteen pounds for those two victories and with a wide draw to contend with he may struggle now.