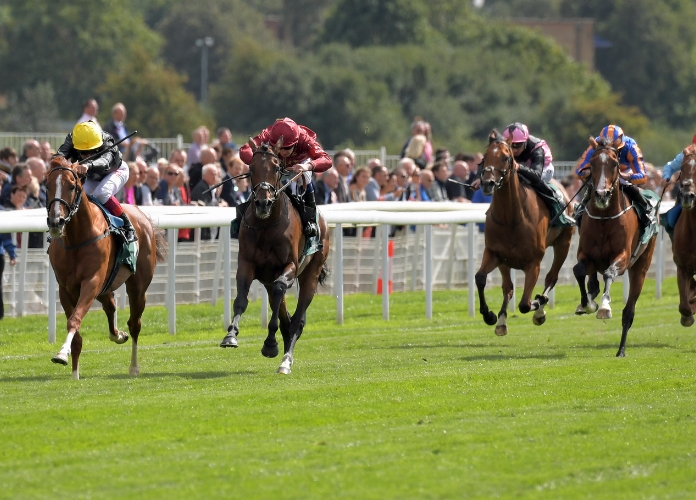 Stradivarius is the star attraction on Friday where he runs in the Yorkshire Cup. Last season’s standout stayer will be difficult o beat. Elsewhere on the card Companion looks the one in the Marygate Stakes. The Exchange Handicap rounds off ITV racing’s coverage and UAE Prince looks a class apart.

This two-year-old listed contest sees twenty-one unexposed fillies go to post with many just having their second career start. This means it’s an absolute minefield when trying to pick the winner, so I’ll just point you in the way of some nice fillies’ for the future.

Archie Watson has a great record with two-year-olds and the twice-raced Lady Kermit has looked good in both starts thus far but those victories have come on the all-weather and she needs to prove her adaptability here.

Companion come out the right side o a head bobber on debut at Yarmouth and the daughter of Dark Angel looks like a very smart animal and one to follow.

Susan Roy has owned some very classy individuals down through the years and Fleeting Princess could be another one. She looked very useful on debut and is open to plenty of progression.

Twist N Shake has only won a maiden in three career starts but she was a very easy winner at odds of 1/2 last week and prior to that was a good second at Newmarket. That run alone would give her a chance here and must enter calculations.

1000 Guineas entry Natalie’s Joy has arguably got the best form in the book having won twice as a juvenile having finished midfield in the Chesham and then following up in a listed race. Mark Johnston’s filly looks sure to improve again this season and will take all the beating.

It’s quite taking that Ryan More has kept the faith with Clerisy who took her maiden at the Craven meeting. The well-bred daughter of Kingman may be the best horse in the race but I think she will be better later in the season.

Glance was well held in the Oh So Sharp Stakes last season but then went on to sign off the year with a fine second in a listed event. She’s bred to stay further and that’s when I think we’ll see the best of her.

Stradivarius is the logical starting point being last season’s winner and the standout performer in the staying division. He took three Group 1’s and took the staying bonus so it’ll be hard to emulate last years heroics. That being said he’s the best horse in the race and should win.

This season’s Dubai Gold Cup runner-up Ispolini makes his European reappearance here and may prove the biggest danger to the favourite having shown very smart form in Dubai since being gelded.

Southern France likes like the type that could improve this season for Aidan O’Brien. He finished third in the St Leger last season and he may lay claims in these staying races if he improves slightly.

Of the others, Mootasadir has yet to win on the turf but has shown a lot of improvement on the all-weather winning all his starts including a Magnolia Stakes.

Roger Varian has found an ideal opportunity for UAE Prince here in a race that lacks a bit of quality. He’s lightly raced over this far and off this feasible mark, he’ll be very difficult to beat.

Mistiroc ran very well at Doncaster on his first start back on the level in April. John Quinn’s charge is on a fair mark here but he’s not the most consistent horse.

Abe Lincoln needs to up his game if he’s to feature here but if finding his old form, he’d be very well handicapped. I think even so the favourite will be hard to beat and there will be other days with him.