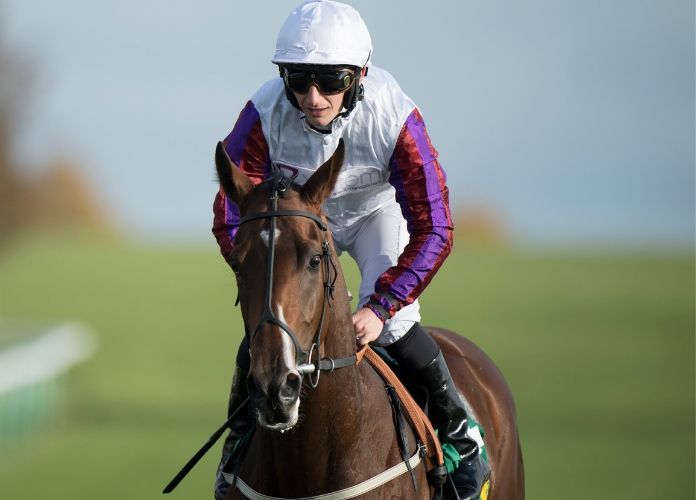 There is a great day of flat action on Saturday where the Group 1 Lockinge Stakes takes centre stage at Newbury. Laurens will be looking for a first Group 1 against the boys but Aidan O’Brien has different ideas. Crystal Ocean looks the pick of the remaining card for Sir Michael Stoute.

Red Impression won both starts as a juvenile and ran very well on reappearance finish third in a Chelmsford listed race. She’s bred to run on turf and is open to plenty of progression.

The Hamdan Al Maktoum pair Moyaasar and Khaadem head the betting and both horses have nice profiles. Of the two, Khaadem is less-exposed and has only been beaten by Calyx in three starts. Whereas, Moyaasar has had plenty of racing but seems to be thriving based on his runaway handicap win at HQ most recently.

Of the others, Kurios and Space Traveller are interesting runners.

Seven go to post for this Group 3 contest but only three have a realistic chance with Crystal Ocean chief among them. John Gosden’s charge looked good on reappearance in the Gordon Richards and will be tough to beat in his bid for back to back victories in this.

Raymond Tusk ran very well to finish behind Dee Ex Bee at the beginning of the month but off these terms I see him struggling to give weight to all his rivals.

Owen Burrows runs the talented Laraaib here and although he finished a good third in a Group 3 most recently, he’s better with juice in the ground and shouldn’t be troubling the favourite.

Last season’s crack apprentice Jason Watson is getting some great opportunities this season with his fledgeling association with Roger Charlton and they team up here with Headman. The son of Kingman was disappointing on his return where he raced too free but if connections can settle him, then he’s got the ability.

Solid Stone looks the pick of these for Moore and Stoute. He’s won his last two starts and still looks on a very fair mark so has to be taken seriously. Only a neck separated Solid Stone and Forest of Dean when they met last year and although he looked good last time, I don’t see him reversing the form.

Good Birthday looked quite green when winning at Doncaster and looked like a horse with plenty left. Silvestre will undoubtedly get the best out of him and has to be feared.

Laurens is the apple of John Dance’s eye and had a super season last year and is now a five-time Group 1 winner. She needs a career best to take this but the mile division looks open this season.

Le Brivido looked a real force to be reckoned with when winning the 2017 Jersey Stakes at the Royal meeting. We have only seen him twice since and the most recent of these was his first start for Aidan O’Brien and he showed plenty of enthusiasm, to finish third. He’ll come on plenty from that run and is an intriguing contender.

Beat The Bank looked beat on reappearance but dug deep to beat his rivals in the Sandown Mile. He was well beaten in this race last season and although I think he’ll win plenty races this season he’ll struggle to win a domestic Group 1.

Of the outsiders, Irish 2000 Guineas winner Romanised shouldn’t be underestimated. He’s obviously underperformed since but he showed some spark on reappearance and could sneak a place.

Raise You came up just short on debut last season in a race that’s worked out very well and was ultra impressive on seasonal debut at Newbury last month. He looks like a very exciting prospect for the Balding team.

Charlie Appleby went into the Guineas with a live chance but Al Hilalee didn’t fire on the day, ultimately finishing sixteenth of nineteen runners. Connections will be hoping he learned from that experienced and it’s too early to write off this listed winner.

Roger Varian has entered the twice-raced Khuzaam in the Derby and he’ll need to be winning here if he wants to take up that engagement. This will be the son of Kitten’s Joy first run on grass which is a slight concern but he looks like a smart colt.

This listed race has a somewhat open look to it with none of the five runners totally out of it. Jash brings the best for into the race having only tasted defeat once last season. That came in the Group 1 Middle Park behind Ten Sovereigns. All of his rivals need to improve if they are to trouble the favourite.

We’ve only seen Far Above once and that came when he justified favouritism to land a Newmarket maiden. He looks like a very useful prospect and it’ll be interesting to see how he fares.

Of the remainder, Azano finished midfield in the 2000 Guineas and will prove to be a good yardstick in here but I think Jash should prevail.

Moraawed has progressed nicely and broke his maiden at Doncaster on handicap/turf debut. He stayed on well that day and is open to further progress. Dazzling Dan was the horse Moraawed mowed down late on and on slightly better terms it should once again be close between the pair.

Brian Meehan’s string has been in fine fettle this season and Dominus was a good winner earlier this month. This step back in trip shouldn’t be a problem and he’ll go well.

James Watt finished third in a similar contest when last seen and off the same mark coupled with the application of blinker must give him claims.