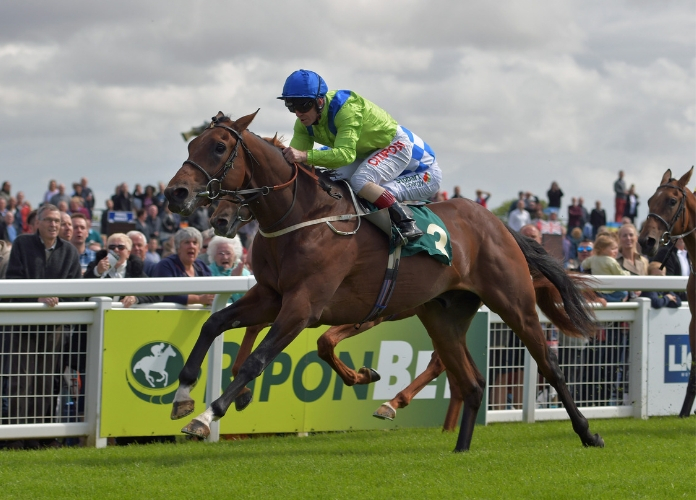 Flat racing is in full swing with all-weather finals day at Lingfield and now proper sprint handicaps coming at us thick and fast at Musselburgh. The ITV racing team are bringing us all the action from both Musselburgh and Haydock, where there is a decent jumps card. The Challenger series comes to an end and these races will have been the long term target for many.

Quarenta has won twice this season and finished less than 3 lengths behind Glen Forsa back in November. He got five pounds for winning at Warwick when last seen, which I don’t think will be enough to stop him here.

The Paddy Pie has been very consistent of late and in truth, he’s rarely out of the fame. I think he’s most likely to chase home Quarenta but I can’t see him beating the favourite.

Another horse that falls into to the consistent bracket is Salmanzar who’s been around the block a few times. I think he’s coming down to mark he could win off but it just won’t be today.

The Harry Whittington trained Court Liability won his first four starts in Britain. However, two slightly poor runs followed and connections have given him a break since. If he can recapture some of that old form then he can feature.

Boreham Bill carries the burden of top-weight in this contest. He’s yet to win since joining the Emma Lavelle team but if he can bu a poor run at Stratford the last day behind him, then he could be the surprise package on ground he should appreciate.

Lorcan William has been catching the eye for some time but despite the market confidence, I think he will have to work miracles if he is to get Skidoosh to win here. He’s been a very consistent horse this season but I think he’ll need some help from the handicapper to win again.

Politicise looked smart when winning a Newbury maiden on debut but was well beaten on his next run. William Haggas decided to geld the son of Camelot over the winter and in this sort of grade he has a big chance.

On The Line comes here with race fitness on his side but the only reservation would be how he flattened out slightly over the mile on his last start. Hugo Palmer’s charge is still a solid type and should be bang there.

Of the others, Reggae Runner has progressed from run to run and was a very impressive winner on his last start. He looks most likely to trouble the principals.

Ian Williams seems to have had his string in great form all year over both codes and runs Mokaatil who stayed on well to win last time. This was his first victory since joining the yard from the Owen Burrows. He was group-placed as a two-year-old and there could be more to come from him.

Savalas represents Kevin Ryan who does particularly well with sprinters. This fella was a debut winner last season over 5f but that came off a mark of 79 and I think he may struggle here off 98.

The Tim Easterby trained Copper Knight will be the choice of many here and he’s a nice horse but he doesn’t have the greatest record fresh and starts off here off nearly a career-high mark.

We all know that Mark Johnston’s horses just keep finding and finding and finding off the bridle and Austrian School is no different. The half brother to dual Grand National winner Tiger Roll seems to stay all day but lacks a slight turn of foot, which may just see him come up short again.

Ulster has form figures of “1122” since joining the Archie Watson yard and seems to really have appreciated the step up in trip. He looks like a horse to follow for the season ahead.

The other horse of interest is the top-weight Sir Chauvelin who had a pipe-opener at Doncaster in March but his last winning mark came off 98 and I think he’ll need to come down a few pounds to find the winning groove.