October Show Meeting gets Cheltenham under way on Friday 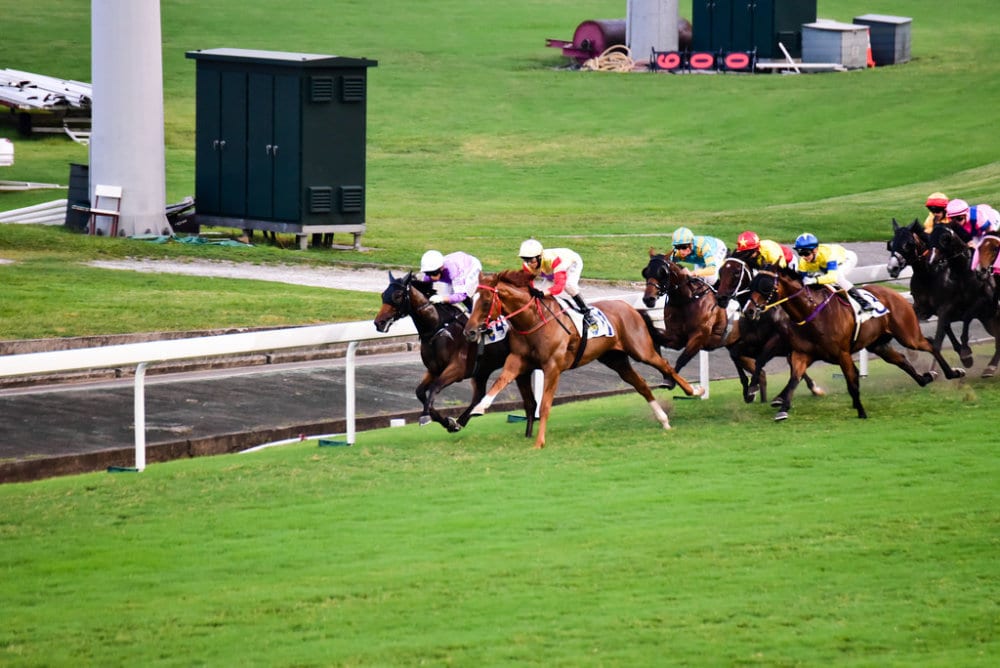 Cheltenham Racecourse opens its doors for the first time for the 2018-2019 National Hunt season on Friday, with a quality seven race card beginning at 2.00pm. Below you’ll find some likely winners, dangers and dark horses for the afternoon ahead…

Irish raiders take up the bulk of the market here with Gordon Elliott’s Make My Heart Fly, Dermot McLaughlin’s Canardier and John McConnell’s GO ANOTHER ONE. Canardier is a nice type and a threat, while Make My Heart Fly has enjoyed a good summer but might be a bit exposed now, so preference is for the last named 6yo gelding under Sean Bowen, who has won three times on this progressive sort. The form of his latest Kelso win is the best on show and despite shouldering a penalty, he looks the one to be on.

From those at bigger prices, Grageelagh Girl is one to note for local trainer Fergal O’Brien.

Diakali won two novice chases back in June by a combined 53 lengths, thoroughly enjoying himself in the process. The former classy Willie Mullins inmate has clearly thrived since joining Gary Moore, but he’s yet to be tested over fences and is plenty short in the betting here. One For Billy is the chief danger on form, but is about the right price. I quite like SISTER SIBYL, a rare jumps runner for Hughie Morrison. Progressive over fences so far, this 7yo Kings Theatre mare was impressive here back in April and knuckled down well to score – having not jumped and travelled great – around Warwick when last seen in May. Sister Sibyl has a bit to find on ratings but I think she’ll run a big race with a clear round.

It goes without saying this 20 runner handicap hurdle over 2m5f will be tough to find the winner of, but from those toward the top of the market I like the chances of the Nigel Twiston-Davies trained MR ANTOLINI, who won the Imperial Cup at Sandown back in March, before running a solid 2nd on the clock at Plumpton in his last run of the season. This step up in distance on better ground is an interesting new challenge for the horse and despite having to shoulder top weight here, he looks sure to run a big race.

At huge odds, Chris Gordon’s Mellow Ben might run well if recovering from a fall last time out. He needs a career best to figure in a race as hot as this, but is an unexposed 5yo with a sound jumping pedigree and he should keep progressing.

Shannon Bridge and Treackle Tart are useful prospects and will be there to expose any chinks, but the hugely popular LIL ROCKERFELLER has this 3m novices’ chase at his mercy. A winner on the flat at Glorious Goodwood and a Grade 1 contender over hurdles, it’s remarkable that Neil King’s charge is still only a 7yo given all he’s done so far. While he may struggle at the top level over fences, it is very exciting to see where he can go over the larger obstacles and I think he’ll just be a bit too good for these. He beat a couple of good sticks at Uttoxeter on his chasing debut earlier this month and looks set to make it 2 out of 2.

For me, the most interesting race on the card from a “future winner finding” perspective. The one thing I love about the jumps is watching young horses jump. Their technique, their enjoyment for it – so that’s what I’ll be watching out for here. Tom Lacey is an excellent up and coming trainer and the market is suggesting his Sebastopol is well above average and indeed the 4yo by Fame And Glory did look full of promise Ayr, but we’re yet to see him jump and that’s what I’m most looking forward to with a view to future challenges.

I will throw out two at big prices that could outrun their prices. Some Day Soon and Amoola Gold both bring hurdling experience to the table, which can be at a premium at this stage of the season, so it would be no surprise to see either of those run into the frame. At a huge price of 100/1 in places, Primal Focus might also run into the first six or so.

Again a fiendish handicap for punters, not least with the added puzzle of working out the experience and quality of the amateur jockeys on show. Not a regular betting medium for me, but I’ll suggest another Nigel Twiston-Davies runner called ANOTHER FRONTIER. This 7yo is proven fit after winning first time out at Uttoxeter and although he might prefer softer ground, he has more substance to his profile than most.

I think Kerry Lee’s MAGIC DANCER is the horse they all have to beat here under regular pilot Richard Patrick, who claims a handy 3lb for this competitive two mile contest. The 6yo was last seen in April, winning his second race at Cheltenham from two starts at the track, so he clearly loves the place. He ran up to an RPR of 134 there and returns on a mark of 128, which leaves a good bit of room for improvement. Magic Dancer has had his wind tidied up in the interim and with a normal amount of luck in running he should make it three out of three at Prestbury Park.

You can read more from Kevin O’Malley and find the latest form, racecards, free tips & news on GG.CO.UK.

The post October Show Meeting gets Cheltenham under way on Friday appeared first on BetBright Blog.