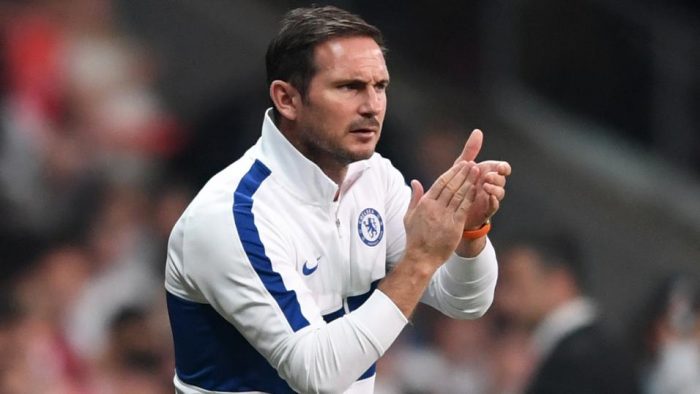 Lampard is plotting an overhaul of his side's defence this summer – with RB Leipzig's French centre-half Dayot Upamecano, 21, his top target. (Mirror)

Manchester City could face a points deduction as the Premier League launches its own investigation into the club's finances over alleged breaches of Financial Fair Play regulations. (Mail)

Liverpool are planning to offer Virgil van Dijk, 28, a new contract that would make the Netherlands international the highest-paid defender in the world. (Mirror)

Tottenham and England striker Harry Kane, 26, aims to be back playing in April as his recovery from a tendon injury is going better than expected. (Sun)

Former Liverpool and England striker Daniel Sturridge, 30, turned down a move to Aston Villa in the January transfer window as he wants to help current side Trabzonspor qualify for the Champions League. (Fanatik, via Sport Witness)

Boxer Tyson Fury has been invited to give a speech to Manchester United's squad about his journey from the brink of suicide to being crowned WBC world heavyweight champion with victory over Deontay Wilder. (Metro)

German goalkeeper Loris Karius, 26, wants Liverpool to let him leave on a free transfer so he can turn his loan spell at Turkish club Besiktas into a permanent transfer. (Fotospor, via Turkish Football)

How ‘bloody-mindedness' made David Beckham's MLS dream a reality

Everton rejected a bid from Tottenham to sign England defender Michael Keane, 27, at the end of 2019. (Football Insider)

Arsenal have indicated to Brazilian side Flamengo that they intend to exercise the option to turn 26-year-old Spanish defender Pablo Mari's loan deal into a permanent one in the summer. (Coluna Do Fla, via Football.London)

The Football Association are waiting on government advice before deciding whether to review the viability of next month's England friendly against Italy amid the coronavirus outbreak. (Evening Standard)

Sheffield United have had a bid of 13m euros (£11m) for Trabzonspor and Turkey goalkeeper Ugurcan Cakir, 23, rejected. (Fotospor, via Turkish Football)

Aston Villa will target Marseille's French midfielder Morgan Sanson, 25, if they stay in the Premier League this season. (Le Phoceen, via Birmingham Mail)

Former Tottenham striker Les Ferdinand believes the club were “naive” not to sign a forward in the January transfer window. (Evening Standard)

The FA is backing a proposal to give attackers some leeway in marginal VAR offside decisions, arguing the current system is killing the excitement of the game. (Times – subscription required)