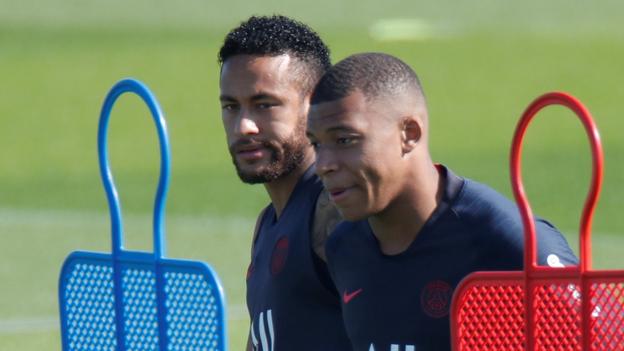 West Ham outbid Bayern Munich in order to sign 25-year-old French striker Sebastien Haller from Eintracht Frankfurt this summer in a club record deal worth up to £45m. (Mail)

Watford sacked Javi Gracia because he was unable to tighten up their defence and was reluctant to play several of the club's summer signings. (Sky Sports)

Manchester United goalkeeper David de Gea is replaceable and other goalkeepers can “fill the void” as contract negotiations with the Spain international continue. (Marca – in Spanish)

Belgium defender Jan Vertonghen, 32, wants to sign a new contract at Tottenham with his current deal expiring at the end of the season. (Football Insider)

Spurs have also offered midfielder Christian Eriksen a new contract worth £230,000 a week to tempt him to stay amid interest from Manchester United and Real Madrid. (Mail)

Cardiff's Ivory Coast defender Sol Bamba, 34, is a candidate to succeed Neil Warnock when he steps down as manager next year. (South Wales Evening Post)

Southampton boss Ralph Hasenhuttl is hopeful midfielder Emile Hojbjerg will sign a new contract with the 24-year-old Denmark international's current deal due to expire at the end of next season. (Daily Echo)

Mino Raiola is among a number of agents interested in representing Crystal Palace's Ivory Coast forward Wilfried Zaha after the 26-year-old gave notice of his intention to leave current management company USM. (Mail)