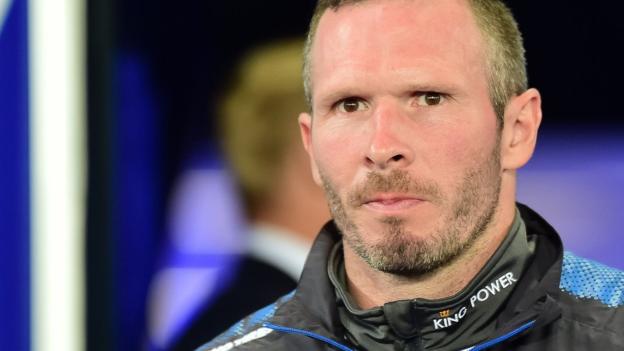 League One club Lincoln City have appointed Michael Appleton as their new manager on a contract until June 2023.

The 43-year-old has left his role as coach of West Bromwich Albion's under-23 team to succeed Danny Cowley, who left the Imps on 9 September to take charge of Huddersfield Town.

Appleton has not held a managerial role since leaving Oxford in June 2017 to become assistant manager at Leicester.

They are the fifth EFL club that Appleton has managed, following spells at Portsmouth, Blackpool, Blackburn Rovers and Oxford.

He will officially take over at Sincil Bank on Monday, with caretakers Jamie McCombe and Andy Warrington remaining in charge of the team for Saturday's home game against Oxford.

“Michael has all the qualities we have been searching for to continue our progress as a club,” said Lincoln chairman Clive Nates.

“Although it is pleasing that we have made an appointment in just under two weeks, the priority has always been to undertake a proper due diligence process and make the right appointment for the long-term benefit of the club, regardless of the length of the process.

“Thanks to a remarkable three years of success and progress, we have a momentum to carry forward. The board remains committed to continuing the transformation of the club with the aim of establishing ourselves higher in the football pyramid.”

Former Albion player Appleton only took his job within the Championship club's academy in August.

The Baggies' sporting director Luke Dowling said: “We are obviously disappointed to be losing a coach of Michael's calibre so soon after his appointment and having discussed at length our plans for the development of our young players in the future.

“But he felt he could not refuse the opportunity to return to league management and we reluctantly accept that.”