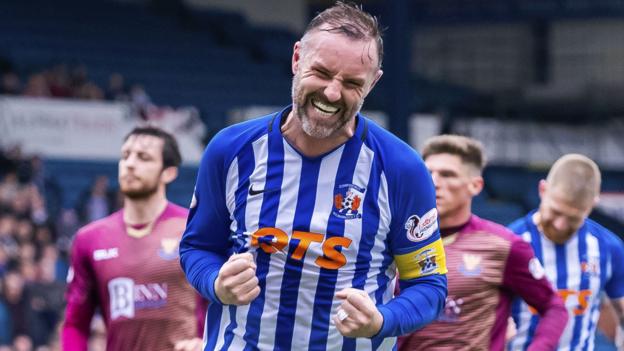 Kilmarnock striker Kris Boyd is retiring with immediate effect after an 18-year career.

The former Rangers forward, 35, scored a total of 293 goals at club level and netted seven times for Scotland.

Boyd won six trophies at Ibrox and also played in England, Turkey and the United States.

In his last season at Killie, he helped the club qualify for Europe for the first time in 18 years by finishing third in the Scottish Premiership.

Ayrshire-born Boyd started his career at Kilmarnock and started the first of two stints at Rangers in 2006. He later played for Middlesbrough, Nottingham Forest, Eskisehirspor and Portland Timbers before returning to Scotland for two more spells at Killie split by another year at Ibrox.

He scored twice on his Scotland debut in 2006 but made himself unavailable for international selection two years later during George Burley's reign as national boss. He returned to the Scotland squad under Craig Levein and Gordon Strachan, amassing a total of 18 caps.