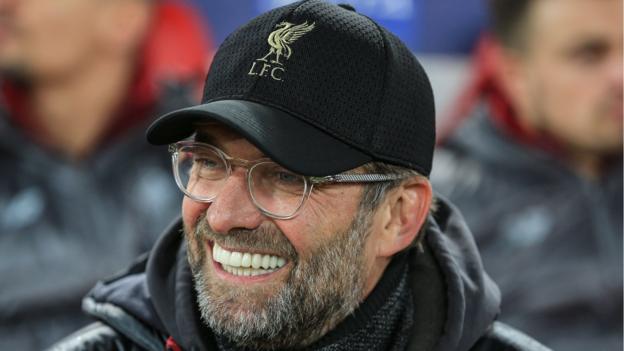 Liverpool have had a £61m bid for Portugal Under-21 attacking midfielder Joao Felix, 19, turned down by Benfica. (Correio da Manha – in Portuguese)

Juventus and Argentina striker Gonzalo Higuain, 31, is flying to London to sign for Chelsea in time for next Thursday's Carabao Cup semi-final second leg against Tottenham. (Sun)

Who makes your combined XI?

Chelsea manager Maurizio Sarri also wants to add a midfielder to his squad before the transfer deadline. (Guardian)

Tottenham manager Mauricio Pochettino says the club will not be signing former Manchester United and Italy forward Giuseppe Rossi this month. The 31-year-old is a free agent. (Sky Sports)

Everton want Chelsea and Belgium forward Michy Batshuayi and are preparing a £40m deal to sign the 25-year-old, who has returned to Stamford Bridge after a loan spell at Valencia. (Sun)

Guangzhou Evergrande want to sign West Ham forward Marko Arnautovic and have made an offer of 40m euros (£35.2m) for the 29-year-old Austrian. (Guardian)

Paris St-Germain boss Thomas Tuchel says 23-year-old France midfielder Adrien Rabiot, who has been linked with Barcelona and Chelsea, is not available for selection because of his contract stand-off. (Goal)

Fulham boss Claudio Ranieri says he is uncertain if Chelsea and England defender Gary Cahill, 33, wants to join the Cottagers, who are one place off the bottom of the Premier League table. (Football.London)

Manchester City manager Pep Guardiola claims there is a lot of spying in European football and admits he did it when he was at Barcelona and Bayern Munich but will not be repeating it in England. (Telegraph)

Colombia striker James Rodriguez, 27, is set to stay at Bayern Munich for the rest of season, ending any hopes Arsenal had of signing him. (Express)

Inter Milan are close to completing the signing of Cagliari's Italy midfielder Nicolo Barella, 21, who has been linked with Chelsea. (Calciomercato)

Barcelona are prepared to let Brazil winger Malcom, 21, go if they receive an offer which betters the 41m euros (£35.2m) they paid Bordeaux for the player last July. (ESPN)