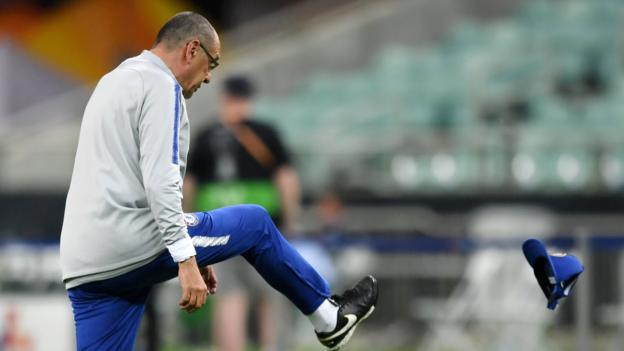 Chelsea manager Maurizio Sarri appeared visibly frustrated as he walked out of training on the eve of the Europa League final against Arsenal in Azerbaijan.

The Italian, linked with a move away from the club, threw and then kicked his cap at the Baku Olympic Stadium.

Chelsea said Sarri's reaction was “not related to any of his players”.

They said the Italian was unhappy “due to not being able to practise set-plays” during training as the session remained open to the media.

There has been speculation over Sarri's future for much of his first season at Stamford Bridge, and he has said he will speak with the club after the final.