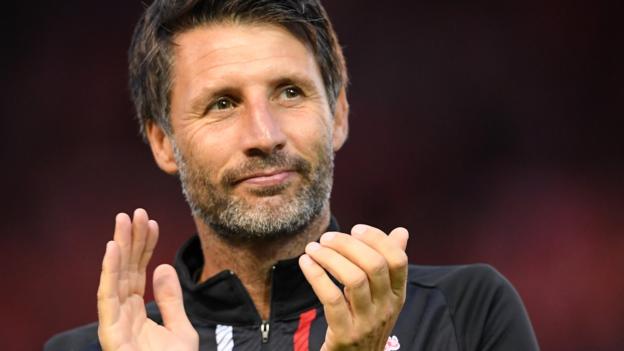 It is understood that compensation has been agreed for the 40-year-old.

He will succeed Jan Siewert, who was sacked on 16 August after three winless league games and a Carabao Cup first-round defeat by Cowley's Lincoln.

Cowley guided the Imps to promotions from the National League and League Two in his three full seasons in charge.

He led Lincoln to an FA Cup quarter-final while they were a non-league club, with victories over Championship sides Ipswich and Brighton and Premier League Burnley en route to the last eight.

Cowley, who will again be assisted by his brother Nicky, also led the club to success in the Checkatrade Trophy in 2018, beating Shrewsbury in the club's first ever appearance in a Wembley final.

Huddersfield were relegated from the Premier League last season with just 16 points and are 23rd in the Championship after failing to win any of their first six matches.

If a deal is agreed, Cowley's first game in charge will be Sunday's Yorkshire derby at home to Sheffield Wednesday.