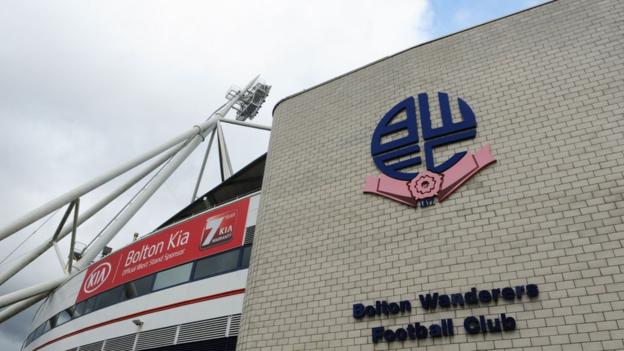 The latest takeover deal to buy Bolton has collapsed with administrators warning the “process of closing down the company” could begin on Wednesday.

The League One club has until 17:00 BST on Tuesday to complete the sale or offer reasons for an extension, or face expulsion from the EFL.

Administrators say the 145-year-old club is currently not in a position to carry on trading.

That would lead to its liquidation and the loss of over 150 jobs.

Paul Appleton, joint administrator for Bolton Wanderers, said the deal collapsed on Saturday, and despite working around the clock since, they are still some way from reaching a solution.

He said in a statement: “Unless there is a change of position from any of the parties involved, the process of closing down the club and ultimately placing Bolton Wanderers into liquidation will begin this week.”

The EFL said that if Bolton cannot complete the club's sale or provide credible plans to continue, they will be served with a 14-day notice for their expulsion from the league.

But that may prove irrelevant if the club, which finished in the Premier League's top 10 and competed in the Uefa Cup 12 years ago, ceases to exist.

EFL executive chair Debbie Jevans said on Sunday: “What is really disappointing is that on Saturday morning, our understanding was that all the parties involved had signed off and the deal was going to be completed yesterday morning.

“Then something happened, a signature wasn't provided and therefore it was postponed again. This is incredibly frustrating. It has been going on for months.”

Describing the collapse, Appleton added: “At this stage, there seems little point in apportioning blame because that makes no difference to the staff, players, management, supporters and the community who have once more seen their club taken back to the brink.

“On Sunday evening, there was some tentative dialogue but we are still some way from reaching a solution. Therefore, I am appealing to those parties whose position seems intractable to do everything to reach a compromise.

“In just over 24 hours, the club will have its membership of the EFL revoked. Over and above that, the club is currently not in a position to carry on trading and, as such, the process of closing down the company will commence on Wednesday.

“This will ultimately lead to its liquidation, the expulsion of the club from the EFL and the inevitable loss of over 150 jobs. More than that, it will devastate a community for whom the football club is a beacon of hope and expectation.”