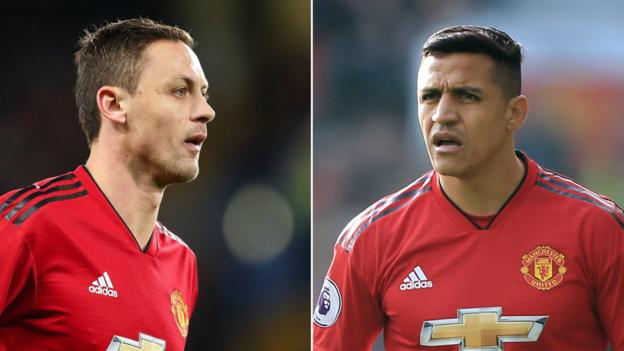 Alexis Sanchez and Nemanja Matic have both travelled as part of the Manchester United squad for Tuesday's Champions League quarter-final second leg against Barcelona.

Forward Sanchez has been out for six weeks with a knee injury and midfielder Matic has missed the past three games.

Matteo Darmian has also been included in the 22-man squad after injury but Ander Herrera and Eric Bailly are out.

United are aiming to overturn a first-leg deficit for the second round in a row on Tuesday. In the last 16, they recovered a 2-0 deficit against Paris St-Germain by winning 3-1 at the Parc des Princes to go through on away goals.

‘United have just 9% chance of progression'

Given the draw, Manchester United were the outsiders of the four English clubs to reach the semi-finals prior to the first legs.

A 1-0 home defeat against Barcelona, the Euro Club Index number one team, has made United's chance even more remote and they are now given just a 9% chance of claiming a place in the last four of the Champions League.

Similarly United's chance of winning the Champions League this season has reduced to around 1%.