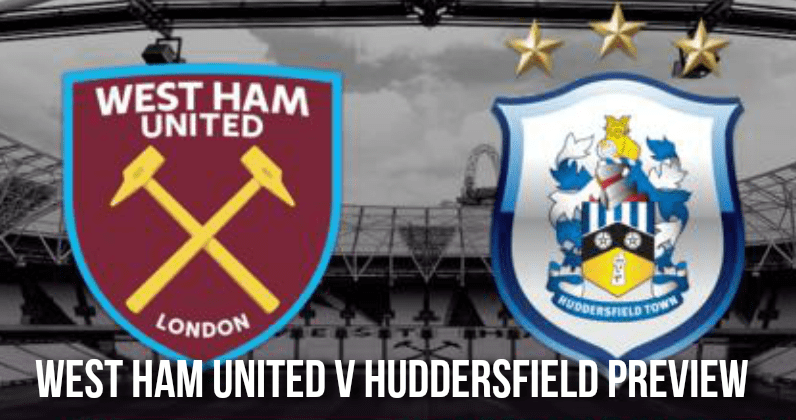 West Ham United find themselves at the bottom of the Premier League table after their 3rd defeat in as many games. The last one being a 0-3 mauling at the hands of Newcastle. For a side that was placed 11th in 2016-17, there can't be a more disastrous start to a season.

The Hammers now prepare to take on first-time entrants to the Premier League, Huddersfield Town, who just couldn't have asked for more. The Terriers won their first two outings and drew with Southampton in the 3rd. Their 0-3 thrashing of Crystal Palace and 1-0 over Newcastle have already become a part of the town's folklore.

For Steven Bilic, the loss of attacking options will be a real problem going into Monday night's West Ham United v Huddersfield clash. His record £20 million signing from Stoke City, Marko Arnautovic, did himself and his team no good when he was red-carded for elbowing Southampton defender Jack Stephens in the 33rd minute and will miss the September 11th game.

Manuel Lanzini, one of the top scorers of 2016-17, was introduced for the first time in the current season in the Hammers' last game against Newcastle. He failed to make an impact.

The experience of ex-Man City defender Zabaleta, James Collins, Aaron Cresswell and new signing Angelo Ogbonna at the back has not worked wonders for coach Bilic's defense.

Joe Hart, the seasoned English international goalie moving in from Torino, has never been busier in his long career. The testimony to that being the 10 goals he has already let in. This from the three games he has featured for his new club.

With mainstays like Diafra Sakho and Lanzini not performing and Arnautovic out, Bilic will have to rely on his only bet, Javier Hernandez. The 29-year old Bayer Leverkusen import has scored the only two goals that West Ham have scored this EPL season. He looks the lone player upfront who could pose a serious threat to the Huddersfield defense.

The good news for coach David Wagner's Huddersfield is that key central midfielder Aaron Mooy has shrugged off an injury scare.He is set to return for the West Ham clash from international duties for his native country, Australia.

Mooy stunned Newcastle with the only goal in his team's 1-0 win over the Magpies in August. Steve Mounie, who scored a brace in his team's sensational win over Crystal Palace will be another threat to the West Ham goal, going into Monday's game.

The Terriers have taken 33 shots on goal and have found the target thrice. The have been shot against just 12 times (compare that to Swansea who have an abhorrent count of 62 against). This explains the clean-sheet goalkeeper Jonas Lossl has maintained from his three outings.

The defense quartet of Tommy Smith, Mathias Jorgensen, Christopher Schindler and Chris Lowe too have a hand in this astonishing statistic.
But surprisingly, UK bookmakers are expecting Huddersfield's dream run to end at the London stadium. The bookies also see the Hammers' fortunes to turn.

For example, a West Ham win is 4/5 and on that on Huddersfield at 7/2. The odds for a 1-1 draw are at 6/1, which looks realistic. This calculated call by the bookies could be in the light of Huddersfield's August 26th home game against Southampton in which the Terriers had to settle for a 0-0 draw following two emphatic wins.