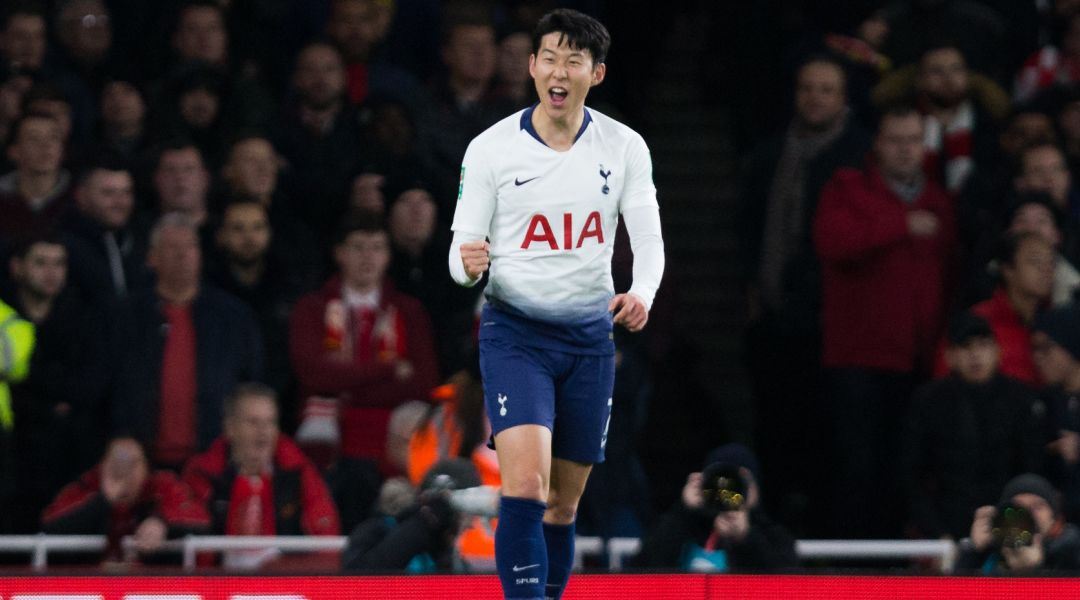 The Premier League has six more games today as we approach the season’s final furlong.

We have the full rundown of West Ham United’s trip to Manchester United, but we focus here on the five other ties being played this afternoon.

There’s a relegation scrap between Burnley and Cardiff and an entertaining encounter between Southampton and Wolverhampton Wanderers.

But first, we rock up to the Tottenham Hotspur Stadium to see if Spurs can make it three wins from three at their new ground against Huddersfield Town.

Can Spurs take charge of third place with a win over already-relegated Huddersfield? Well, they will have to do it without star-man Harry Kane after he sustained an ankle injury against Manchester City.

But they’ve a trump card in the pack. Son Heung-Min, the hero of the midweek Champions League win over City is 5/6 to net in a home win.

Lucas Moura may well come into the team and he’s 19/20 to strike anytime. The other option is to play Fernando Llorente, the rangy Spaniard is 5/6 to bag later.

The Terriers will scrap for every ball though, so both teams to score in a home win could be a shout at 19/10.

Saturday 9th March. That was the day both sides scored their last league victories. It’s been a turgid last month for the south coast clubs who will both be targeting this game to re-discover their groove.

Since their promotion to the Premier League in 2017, Brighton have been a solid force at home and they’re 5/4 to win here.

Managers Chris Hughton and Eddie Howe will both fancy their chances, with some favourable fixtures coming up. This could mean we see an end-to-end game with Over 3.5 Goals at 5/2.

Glenn Murray is 3/1 to score first, while David Brooks is 7/2 anytime for the Cherries.

A Burnley win at 20/23 this afternoon would put them on 39 points and crucially a massive eleven points ahead of Cardiff in 18th spot.

The Bluebirds have Liverpool and Manchester United in their final four games, so know a victory at 16/5 is vital if they are to escape relegation.

Fulham’s relegation was confirmed after their 4-2 loss to Watford eleven days ago. The Cottagers will try to make home advantage count at 7/2.

Everton have beaten Chelsea and Arsenal in recent weeks and will go into this one sensing blood.

Marco Silva’s men are 8/11 to bag another three points, with Richarlison finding the net in an away win at 7/4.

All eyes will be on how Wolves bounce back from their energy-sapping extra-time loss to Watford in the FA Cup semi-final last weekend.

Nuno Espirito Santos’ men are 19/10 to do the business, but come up against a savvy Southampton side who have won two of their last three at home.

James Ward-Prowse netted in both of those recent wins at St. Mary’s and is 7/2 to repeat this feat today.

Diogo Jota has been a revelation this season for Wolves, the diminutive striker is 13/5 to find the net anytime.