“Back in Business.. 2019.. Recharged the batteries! First stop Stamford Bridge.” Rio Ferdinand was clearly in a chipper mood ahead of Chelsea‘s match with Newcastle on Saturday evening, but that new year optimism must have faded quite rapidly if he logged onto Twitter not long after.

The former Manchester United and England defender was faced with a barrage of online abuse for his comments about Newcastle and owner Mike Ashley.

In the BT Sport studio for the late kick-off, Ferdinand used his platform to criticise the club's fans and their demands for money to be spent in the January transfer window.

‘They should say thank you'

"I don't even know him [Mike Ashley] very well!"

"When they went down, he spent £50m of his own money to get them up. Thank you, that should be."

"By the way, please say thank you for getting Rafa Benítez in! They're lucky to have him!"@rioferdy5 on Newcastle and their owner. pic.twitter.com/9TID7rJpOF

“I understand Rafa’s frustrations because as a manager you want the ability to go out and spend money, but they’re not in that position,” Ferdinand said.

Read more: Mike Ashley has turned Newcastle into Sports Direct – a business stripped of all identity

“At the same time I understand Mike Ashley. Why is he going to spend more and more money – millions and millions of pounds – when he’s actually looking to sell the club? He’s got them to a point now where they’re back in the Premier League and they’re consolidating to a certain extent.

“He’s not going to go spend his own money. You wouldn’t go spend your own money now knowing you were trying to sell something unless you knew you were going to get that back.

“It’s not easy to sell a football club. He’s got a price and he’s going to wait to get it. He’s spent money at that football club, he’s just not going to spend it at this time.”

‘They've got to aim to be a Bournemouth'

Ferdinand also added that Newcastle, who can attract a crowd of 50,000 plus for each home game, should be happy to be on a level with Bournemouth – a club playing fourth tier football not so long ago.

“All these fans, they do dream, and they dream big and I understand that. What are Newcastle’s aims? They can’t be aiming at being a Man Utd or a Man City. They’ve got to aim to be a Bournemouth,” he added.

“They’ve only just started spending. I’m not saying everything they’re doing is correct. What I’m saying is, I think Mike Ashley, you can’t hammer him and say that he should be spending when he wants to sell the club. You wouldn’t spend on your house when you want to sell it.”

Over the past three seasons, Newcastle's net spending on transfers is the lowest of any club in the Premier League. While kicking off their match at Stamford Bridge in the Premier League relegation zone, it is perhaps understandable that fans were displeased with Ferdinand's comments in defence of an owner they feel has neglected the club.

Read more: How Newcastle fans are fighting back against Mike Ashley and his apologists in the media

“Rio Ferdinand is disgustingly misinformed about NUFC,” added Rohan Banerjee. “Ashley has destroyed this club and he’s sitting there telling us to be grateful.”

Rio Ferdinand saying that Mike Ashley spent £50m of his own money to get Newcastle United promoted and he should be thanked. That's categorically not true. The money spent was generated by the club.

In that Championship season, Newcastle United spent approximately £55m on players. They sold Moussa Sissoko for £30m, Georginio Wijnaldum for £25m and Andros Townsend for £14m, plus a few more. I'm sorry, but it's a myth from Ferdinand.

Last week, a coalition of Newcastle supporters groups sent an open letter to Ashley calling on him to spend in the January window.

We are writing to urge you to do what is right for Newcastle United this month and we hope, for a change, you are willing to listen to us and act accordingly.

This is a critical month for the football club, both in terms of your stated desire to sell and the need to strengthen the squad, as repeatedly requested by the manager Rafa Benitez.

We are hoping you see the sense in striving to do both, but if you cannot find a suitable buyer, then it is imperative that you still release the funds needed to improve the squad.

To fail to do so, would seem both reckless and foolish given the damage you know relegation will do. It would also make it far harder for you to find a buyer, willing to match your asking price, if there is a real risk of relegation.

As things stand, Newcastle are just two points above the relegation zone and the manager has pleaded for new signings in order to ensure the club avoids a third relegation in the 12 years you will have been on Tyneside.

Our net spend, according The Times, in the last three transfer windows is the lowest in the Premier League. This cannot be right given there have been three chunks of television money paid in that time totalling more than £150m in income.

Given the sale of Aleksandar Mitrovic to Fulham in the summer, there must be money available to spend on players unless it is being taken out of the club by yourself to repay some of the interest free loans you have provided since 2007?

The ongoing takeover cannot be used an excuse not to spend money in the January transfer window.

If you refuse to spend money this month, the risk of relegation not only increases, it will also mean the manager will not sign the new contract you have offered to him. You have repeatedly said that you want Benitez to stay, so do the things needed to make sure that happens. In short, back him and give him what he needs in this window.

We firmly believe that keeping Benitez is the best chance this football club has of improving and growing over the next few years. He was given complete control of the football side the business when he signed his three-year contract in 2016, so please listen to him and please allow him to sign the players he has requested to improve the team. It is in your own interest to do so.

We appreciate no manager can get everything they want, we understand there are financial constraints, but he has given you a list of players, in various price brackets and deserves to be allowed to sign some of them at least.

As you will know, a protest in order to show our concern about the way you have run the club was called off in the best interests of the team and manager before Christmas.

It was decided that, given the confirmation from yourself that you were in advanced takeover talks with a least one interested party on December 3rd 2018, that it would be better to call off the protest while you got on with the task of selling the club.

We respect the need for privacy in these negotiations and we can only offer our support in your attempts to sell up, but we are also well aware of the fact you have tried to sell before and have failed. This is the fourth time in 11 years we have supposedly been on the verge of being sold.

We hope it happens, but if it does not, you have to protect your own long-term interests and we can only ask you to do what is right for the supporters too. The fans want Benitez to stay and we want to stay in the Premier League. You have the power to make that happen.

Finding a buyer for the club will be far harder in the Championship, it will be more difficult if Benitez is not the manager, so we can only hope you see the logic in what we have said here.

I know we have had a difficult relationship in the past, but at this point, we want to look forward, not backwards. Please do what is right this month.

Newcastle vs Man Utd: How to watch, team news and expected line-ups

The post Rio Ferdinand has ‘absolutely embarrassed' himself with Mike Ashley and Newcastle comments appeared first on inews.co.uk. 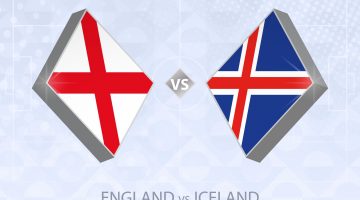