Aston Villa attempt to bounce back from their first setback under new coach Dean Smith in front of the Sky Sports cameras at Loftus Road, where QPR are gaining confidence after a run of good results.

The William Hill traders have priced up the match betting tips for this Friday evening TV tussle as a pick ‘em affair, with both Rangers and the Villans quoted as 17/10 for the win in our QPR vs Aston Villa predictions and the draw a 9/4 shot.

Steve McClaren’s men lost the first four games of their Championship campaign, but have since been bested just twice over their next 10 in the division, winning six of those outings, including three of the last four.

The Super Hoops are in far better form than Villa, who’ve won just two of their last 12 league assignments and handed new broom Smith his first defeat in their dugout at just the second attempt against Norwich City in midweek.

Our QPR vs Aston Villa predictions are against a victory for the visitors, who’ve tasted reverses in four of their past six road games. Scroll down for our correct score, best bet and goalscorer tips. 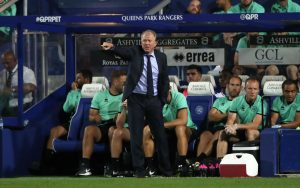 Steve MClaren has the odds stacked in his favour

After the false dawn of their 3-1 KC Stadium stroll on the opening day of the season, the second-city side have found goals harder to come by on the road.

Thankfully, for our QPR vs Aston Villa predictions at least, they’ve been consistent, netting exactly once in their six subsequent Championship away days.

That could be enough to earn them a point against hosts who’ve failed to win eight of the 10 games in which they’ve conceded across all competitions this term.

However, the Loftus Road outfit should be mustard for this clash after their 3-0 midweek win over Sheffield Wednesday, when loanee strikers Tomer Hemed and Nahki Wells were among the goals.

We’re tipping them to win despite conceding and condemn Villa to a third 2-1 away defeat in succession. 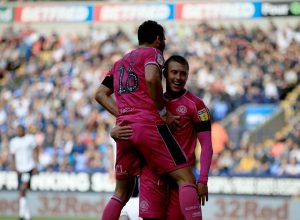 Our predictions always take a conservative approach when it comes to the best bet (an approach that paid off for last week’s Friday night Championship predictions). The QPR vs Aston Villa tips are no different.

The Super Hoops are on the up at present but, as moderate as the Villans have been on their travels, they’ve still landed the draw odds in three of their past six Championship away games, while their last two road losses came by a single goal.

By all accounts, the Israel international has taken a while to get his hulking frame back to full fitness following his loan switch from Brighton & Hove Albion, but he’s really got the bit between his teeth now.

A strike for his country against Albania in the Nations League has been followed up by goals in successive club outings against Ipswich and Wednesday. He’s also a 15/8 anytime score pick in our QPR vs Aston Villa predictions.

Tammy Abraham left the field after 54 minutes of Villa’s loss to Norwich, but had netted goals in his previous three starts for the club and looks another convincing selection at first scorer odds of 5/1 or 17/10 to bag anytime in our betting tips.