Premier League clubs vote against the use of VAR next season 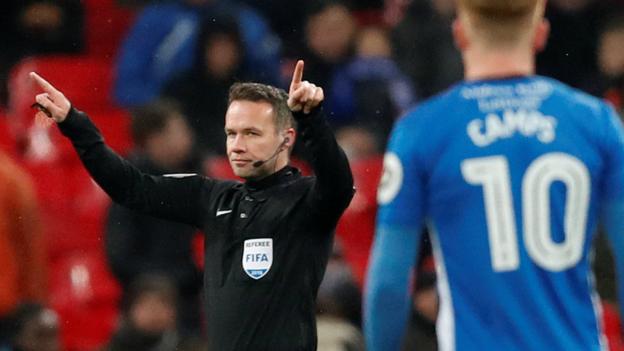 Premier League clubs decide against introducing video assistant referee technology for the 2018-19 season. This is is a shame and prehaps not seen as progressive enough for surely the adaptation of VAR would have been a way forward. Too much hinges on the outcomes of each Premier League game for VAT NOT to be used.

The Premier League clubs agreed that advanced testing on the use of the video technology will be needed until the end of 2018-19. Premier League officials want the system to be implemented for FA Cup and League Cup matches again next season. They referred to, in their decision not to implement the technology, the few high-profile problems with the new technology when it was used for games in this season's FA Cup.

How does VAR work?:

In Manchester United's victory at Huddersfield in the last 16 of the FA Cup, for example, a ‘squiggly line' image was shown by broadcasters of Juan Mata's disallowed goal.

Hawk-Eye said at the time a “technical error led to an incorrect graphic being provided” to broadcasters and was not used by the VAR.

Clubs also want improvement to communication inside the stadium and for TV viewers. The decision not to bring in the system next season was made at a Premier League shareholders meeting in London on Friday, when all 20 member clubs voted.

A statement said the clubs “recognised and are grateful for the substantial developments made” by referees chief Mike Riley and his team.

However the new technology should be in use for the summer's World Cup in Russia. The International Football Association Board (Ifab) is expected to approve the use of VAR when they meet in Zurich.

Germany and Italy have already introduced VAR in their top leagues this season. In the Bundesliga, technical problems led to 47% of players wanting to get rid of the system. This according to a survey published in Kicker magazine in January.