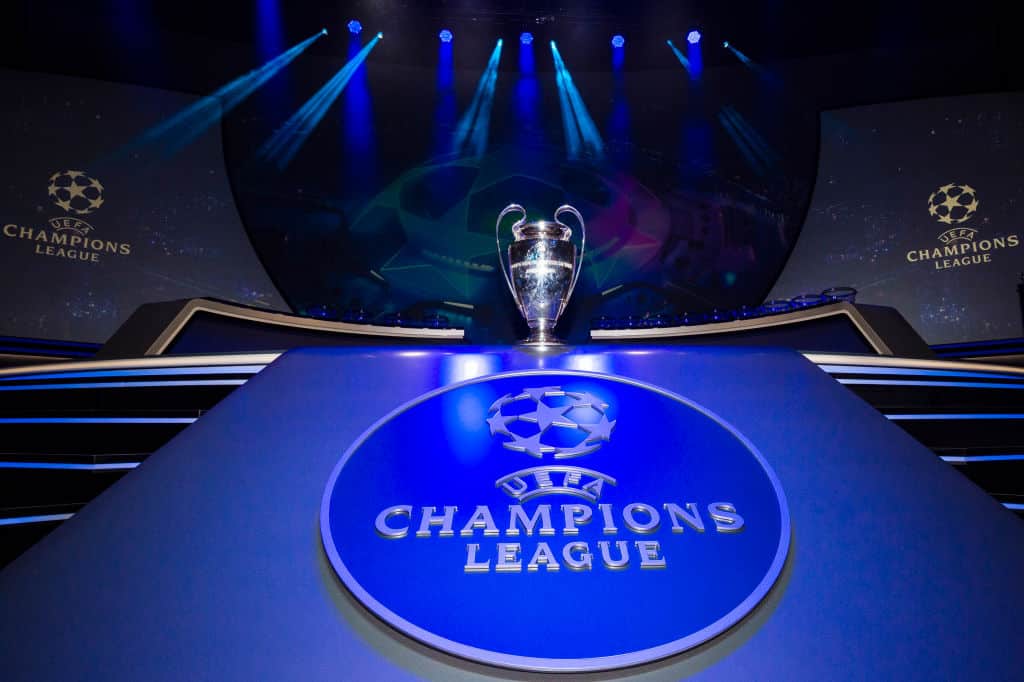 Manchester City are surprisingly at odds of 9/4 (3.25) the hottest favourites to lift the Champions League title for 2021.

Pep Guardiloa's City having failed to reach the Final four of Europe's Premier competition on three successive occasions, feel that in their present irrepressible form they are well-placed to reach that stage what with their draw against a supposedly manageable opponent like Borussia Dortmund in the quarter finals.

Should City overcome Dortmund, a mind-popping encounter with either reigning champions Bayern Munich or last year's finalists Paris Saint-Germain could potentially be on the cards.

All football betting odds are subject to change and correct as of 27/03/2021.

Bayern Munich are the second favourites at 7/2 (4.50) to win the Champions League again after their triumph at Lisbon in August 2020. Hansi Flick's side have been in tremendous form in the UCL, winning every game in the 2019-20 season apart from scoring a monstrous 43 goals in them.

They have won seven out of eight fixtures in the present edition with their only drawn game coming against Atletico Madrid away in the Spanish capital. Die Roten as many believe are in for possibly the toughest match of the competition as they run into an attack-laden PSG on the 6th and 13th of April.

Chelsea are the 3rd favourites at 9/2 (5.50) to win the Champions League after being drawn favourably with Porto in the quarter finals of the competition. The Blues, unstoppable under new boss Thomas Tuchel, reached the top of Group E cluster overcoming sides like Sevilla, Krasnodar and Rennes and then disposing off current La Liga leaders Atletico Madrid 3-0 in the Round of 16 with consummate ease. Chelsea will fancy their chances against Portuguese in the quarter finals but cannot afford to be too cocky against a side that beat Juventus on away goals in the round of 16 to reach this stage.

Liverpool at odds of 6/1 (7.0) are the next favourites to lift the title after having won it in in 2019 when they beat another English club Tottenham Hostspur in the finals. Jurgen Klopp’s Reds who will face Real Madrid in a mouth-watering clash will be looking for payback after being beaten 1-3 by the thirteen-time champions in the 2018 final. Liverpool had little trouble in topping the Group D cluster and then brushing past RB Leipzig 4-0 in their passage to the quarter finals. Klopp will hope his side hit top form after a disappointing Premier League campaign in the current edition.

Paris St Germain are the next in line, tipped at 8/1 (9.0) to go all the way. Boasting some of the top attackers in world football in the form of Neymar Jr. and the unstoppable young Kylian Mbappe, PSG have the goods to lift the trophy on their day. The manner in which Mbappe single-handedly demolished Barcelona in the Round of 8 is a fearful message in itself to any opponent going ahead.

Real Madrid carry odds of 10/1 (11.0) to win the Champions League for the fifth time in eight seasons. Going through one of their rare bad seasons in the La Liga and beaten by a second-string Shakhtar Donetsk side in the Group stages, Los Blancos are fortunate to find themselves in the Round of 8. But with players of the caliber of Karim Benzema, Luka Modric, Toni Kroos and Sergio Ramos in their ranks, Zinedine Zidane's men are still champion material. The winner of the Real-Liverpool tie will face either Chelsea or Porto for a place in this year’s final.

Borussia Dortmund at odds of 25/1 (26.0) are one of the most exciting young sides in the competition, but it remains to be seen if that translates into European glory. The likes of the 20-year old Norwegian striker Erling Haaland and Jadon Sancho are among the most sought after youngsters in Europe. The Bundesliga club have it them to upset Guardiola's Man City and will take heart from the way in which an unfancied Lyon eliminated the English club in the quarter-finals last season.