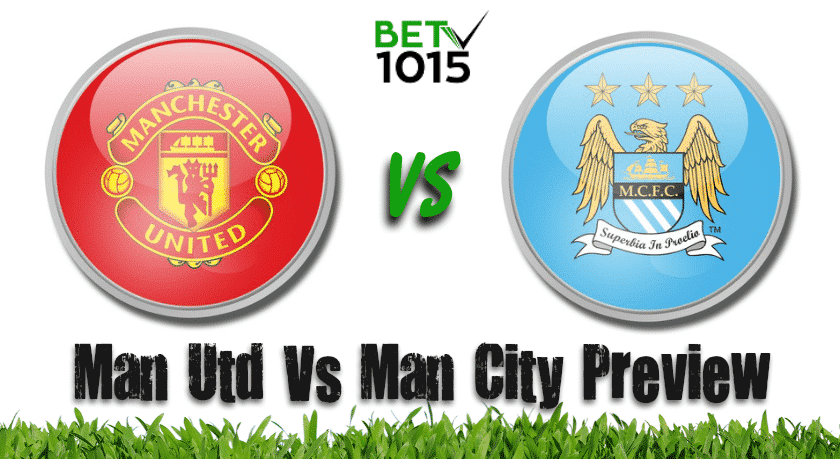 Old Trafford gets ready to stage the first Manchester derby of the season when Pep Guardila's City visit the venue for a critical Premier league clash with the Red Devils. Both teams saw disappointing starts to the season but have climbed the points table to finish in the top half after 10 games.

Ole Solksjaer's United had to endure humiliation on the European front when they were ousted from the Champions' League by RB Leipzig on Tuesday while their City rivals have already made it to the knock-out stages of the competition comfortably.

United recorded their ninth Premier league win on the road when they beat Southampton last weekend but the same cannot be said of their form at home.

United have only one win to show from their last 5 games at Old Trafford and have lost thrice including a 1-6 bruising at the hands of Tottenham in early October.

On the other hand, City seem to have come back strongly after their 0-2 loss to the Spurs, beating Burnley and Fulham 5-0 and 2-0 respectively.

Trending
No Goals, No Disappointment with the Bore Draw Money Back Offer

The hosts will still be without Anthony Martial and Edinson Cavani who missed out on the crucial UCL clash at Leipzig. Martial's absence will be keenly felt given the fact that the French forward has found the back of the net in three of his previous four appearances against City.

Solskjaer could be compelled to start off with Paul Pogba who has now scored in back-to-back games but also drawn unwanted attention with his agent's comments over his future at Old Trafford. Luke Shaw seems fit but may not find place in Solskjaer's four-at-the-back formation.

For City, Gauardiola has confirmed that Sergio Aguero may not be fit enough to start despite the Argentine scoring in the midweek UCL clash against Marseille which means that Gabriel Jesus will have to take on the striker's role.

Kevin De Bruyne, John Stones, Rodri, Ruben Dias, Ederson and Benjamin Mendy are among the other players who will in all likelihood start at Old Trafford. Eric Garcia and Ilkay Gundogan look doubtful after having been forced off in the game against Marseille.

United have a better recent history going into Saturday's clash having won three of their last four encounters with City but their ouster from the Champions' League and their poor form at home this season could weigh heavily over them.

Manchester City, though, have won more Premier League away games at Old Trafford than any other visiting side with six of their seven such wins coming in the last nine seasons, prompting bookmakers to tip the visitors to take three from December 12th's game.

But Solksjaer's Red Devil's are more than capable of overcoming the odds.