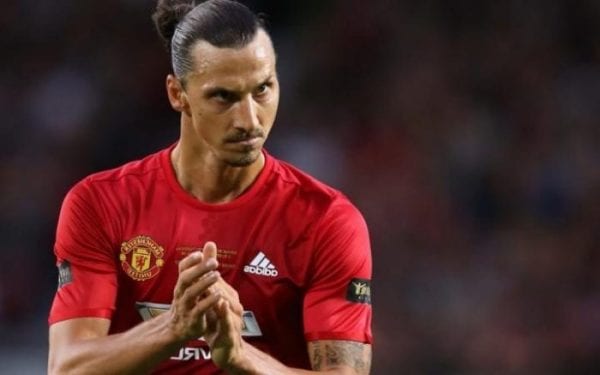 Manchester United added one more to the profusion of draws (11 so far) they played out in the 2016-17 Premier League season. In the one against West Bromwich last weekend, they hogged 75 per cent of ball-possession but could not convert them into goals. It was here that the absence of a scorer like Ibrahimovic was felt. The 36-year old lanky Swede, by far United's top scorer with 26 goals this season, will be back at Old Trafford to take on an Everton low on confidence after their 1-3 defeat to Liverpool.

But Ronald Koeman's men have not much to lament as this is just the Baggies' second loss in 2017 and on both occasions to top-rated sides. The Everton attack have in their ranks the likes of the outstanding Romelu Lukaku (their top scorer), fellow Belgian Kevin Mirallas and Ross Barkley, that has flattened clubs like Manchester City and Southampton 4-0 and 3-0 respectively, earlier this season.

Apart from Ibrahimovic, United will be buoyed by the return of Anders Herrera giving further solidity to the midfield comprising of Pogba and Lingard. After a disappointing performance against West Brom, Michael Carrick could find it difficult to earn a place in Jose Mourinho's starting XI for Wednesday's clash. Marcus Rashford and Marouane Fellaini could be ruled out for similar reasons. Henrikh Mkhitaryan and Anthony Martial both of who failed to convert opportunities against West Brom will probably play behind Ibrahimovic, who will take on the role of the lone striker. The injured Juan Mata's absence upfront will be sorely felt. At the back, the absence of Chris Smalling and Phil Jones will pave the way for a Marcos Rojo and Eric Bailly entry.

The Everton back line has been a tight unit this season conceding just 7 goals from their 11 matches prior to their defeat to Liverpool. But with the absence of the ever-dependable Seamus Coleman, the Baggies' defence isn't looking as solid as it should. However, one expects Leighton Baines, Phil Jagielka, Ashley Williams and Mason Holgate to bring up the rear. Surprise entry, defender Matthew Pennington, the scorer of Everton's lone goal against Liverpool may not make the cut in the final eleven. Calvert-Lewin, Tom Davies, Barkley and Mirallas will feature upfront in support of striker Lukaku.

Manchester United haven't lost a single Premier League encounter since October and they don't look like conceding this one, too. But to win, they need to come out of the habit of playing draws. The last time these two had met at Goodison Park, the result was 1-1. Despite firm odds in favor of the hosts for tomorrow's game, a draw looks a likely outcome with both sides scoring at least once. Manchester United will need something better than a draw if they are to keep their hopes of squirming into the top Four alive. United are in the 5th place with 53 points, 5 short of 4th placed Manchester City. Everton at 50 points and in the 7th should comfortably finish in a similar position at the season's end and probably find a place in the next Europa League.