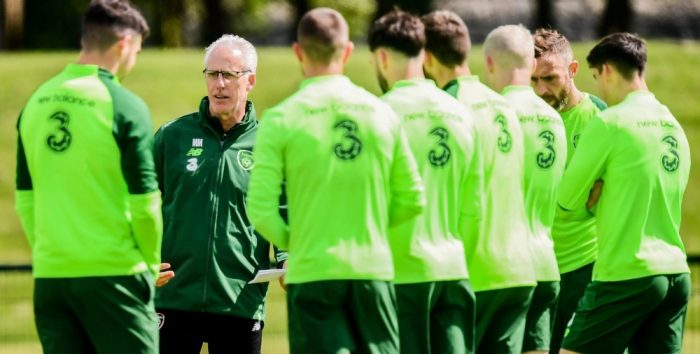 Republic of Ireland will be looking to maintain their impressive start to Euro 2020 qualifying when they welcome Switzerland to the Aviva Stadium on Thursday (Match Betting – Ireland 3/1, Draw 21/10, Switzerland 23/20).

The Green Army parted ways with Martin O’Neill after they finished bottom of their UEFA Nations League group last year, a poor showing that put pressure on them heading into the qualification campaign.

Mick McCarthy was chosen as the man to replace O’Neill for his second spell in charge and he has restored the feel-good factor within the Republic squad, helping them take 10 points from a possible 12 at the start of their qualifying campaign.

That has seen Ireland move five points clear at the top of Group D, all be it they have played at least a game more than their nearest rivals, but a victory over the Swiss in Dublin would see them move to within touching distance of the finals.

In Group F, Spain are another side that look well placed to qualify for next summer’s tournament, as they have won all four of their qualifiers to date, although they will face arguably their toughest test yet on Thursday when they travel to Bucharest to take on Romania (Match Betting – Romania 13/2, Draw 7/2, Spain 4/9).

Cosmin Contra’s side held Spain to a 0-0 draw the last time the two teams met in 2016 and another stalemate may suit both sides, with Romania vying with Norway and Sweden for second place in the group.

Another of the standout fixtures on Thursday comes from Group J where Italy, who are looking to avoid missing out on a second-successive major tournament, face a potentially tricky looking fixture in Armenia (Match Betting – Armenia 12/1, Draw 5/1, Italy 1/4).

Italy have won all four of their qualifiers to date, scoring 13 and conceding just one, while Armenia have claimed victories in their last two qualifiers, including an impressive 3-2 triumph in Greece last time out – a result that has given them a realistic chance of qualifying for a first major international tournament.

If you’re betting on Football, Betfred