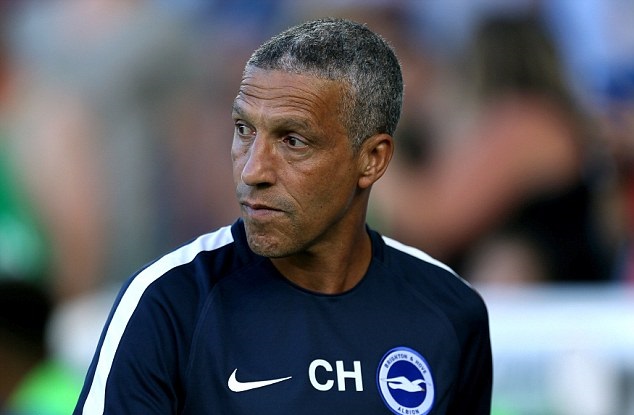 Chris Hughton admits Brighton didn’t get the FA Cup semi-final draw they wanted but praised their “great character” to get there.

Brighton boss Chris Hughton has reserved special praise for his squad after they came from 2-0 down with just minutes of normal time left to win their FA Cup quarter-final on penalties.

Championship opponents Millwall scored twice in the second half and, after 87 minutes, looked to have done enough to book a Wembley date at the expense of their more illustrious opponents.

However, Jurgen Locadia gave Brighton a lifeline with a goal in the 88th minute before a horrible goalkeeping error by David Martin saw him palm a Solly March free-kick into the back of his own net in the fifth minute of stoppage time.

That took the game to extra time and although Millwall’s Shane Ferguson was given a late red card, there were no goals meaning the game went to spot kicks.

The teams couldn’t be split after five penalties each but centre-back Jake Cooper’s sudden death miss handed a Wembley day out for Brighton, although the draw could have been kinder as they will take on favourite Manchester City in the semi-finals (City 4/11 favs, Brighton 16/1 – FA Cup Outright).

Following the dramatic comeback, Hughton was full of praise for the mentality of his side as they made the impossible possible.

Hughton said: “The first word that comes to mind after you’ve won it is character.

“Credit to Millwall. What they wanted to do they did very well today.

“Although we had lot of possession they restricted us to minimal chances and I can’t think of too many clear-cut chances that we had in that time.

“At 2-0 down you’re out of the competition. I felt that we could get one back because of the balance of play and how much possession we were having, but to get two back in that last period shows great character.”

On the draw for the semi-finals, Hughton gave a tongue in cheek response to being asked about his thoughts.

“Obviously it’s not the draw we wanted!” he quipped.

In the other semi-final, Manchester United’s conquerors, Wolverhampton Wanderers, will take on Watford (Wolves 4/1, Watford 10/1 – FA Cup Outright), with just one point separating the two sides in the Premier League table as they battle for seventh spot.