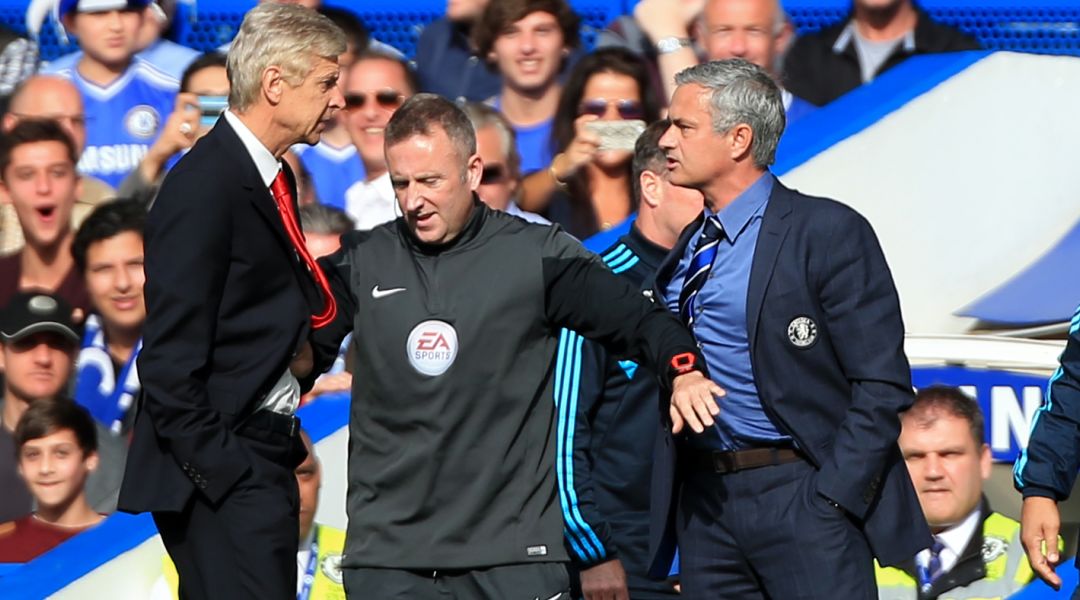 The Europa League Final beckons as Chelsea and Arsenal lock horns in Baku.

When the pair meet there are usually fireworks and with Champions League qualification at stake for the Gunners this is sure to be a highly-charged affair.

The odds reflect this with Chelsea at slight 27/20 favourites in the match betting, edging out their London counterparts who are 2/1 to get their hands on the trophy in 90 minutes.

This meeting of the cross-city rivals has had us flicking through the back catalogue for some epic past encounters.

Arsenal were partying like it’s 1999 when Nwankwo Kanu scored a 15 minute hat-trick to steal three points at Stamford Bridge.

The Blues were cruising after goals from Tore Andre Flo and Dan Petrescu had Chelsea two nil up going into the dying embers of the game.

If Kanu’s first two goals were instinctive, then the match-winner showcased his genius.

After charging down a clearance, he rounded Ed De Goey on the by-line before curling a sumptuous shot into the top corner.

Have some of that!

Just before the millions invested by Roman Abramovich and the Jose Mourinho era of dominance at Chelsea it was Arsenal who were the top dogs in London.

The 2002 FA Cup final was an end to end affair – that was before Ray Parlour stepped up to give Arsenal the advantage in the 70th minute.

It’s perhaps the goal Parlour is most loved for in a Gunners shirt and gave us Tim Lovejoy’s now immortal fan commentary.

After arriving in 2004, Mourinho was able to break the strangle-hold that Sir Alex Ferguson and Arsene Wenger had on the Premier League.

With Sir Alex looking for the formula up north, it was left to Wenger to fight the battles in London.

And with the pair battling for supremacy in 2014, it was a cutting comment made by Mourinho about Wenger that left a telling blow.

Mourinho lashed out calling the Arsenal boss a ‘specialist in failure’ with the North Londoners having failed to bag a single trophy in ten years.

However, at the end of that season the Gunners got their hands on the FA Cup after a 3-2 comeback win over Hull City.

It was Arsene’s 1000th game in charge of Arsenal but things didn’t go to plan for the Frenchman.

Chelsea thrashed their London rivals 6-0, which deflated the Gunners title hopes – but the game is probably most remembered for referee Andre Marriner’s red card clanger.

A fresh faced Alex Oxlade-Chamberlain took full flight to palm a goal-bound effort around the post – but the midfielder wasn’t the player that made the walk down the tunnel.

Marriner was convinced Kieran Gibbs was the culprit and gave the Arsenal man his marching orders.

The rest as they say is history.

Emotions would spill over into a shoving match on the touchline at Stamford Bridge in October 2014.

Wenger was fuming following a challenge from Gary Cahill on Alexis Sanchez.

The cameras soon panned to the dugouts as Wenger and Jose went at it in a memorable squabble between the two rivals.

Only time will tell if we see some touchline tussles, refereeing gaffes or a moment of brilliance. But judging by these five flashpoints it will be one not to miss!