Home Football Betting Ex-Liverpool man is the only one who can stop Man City
1. 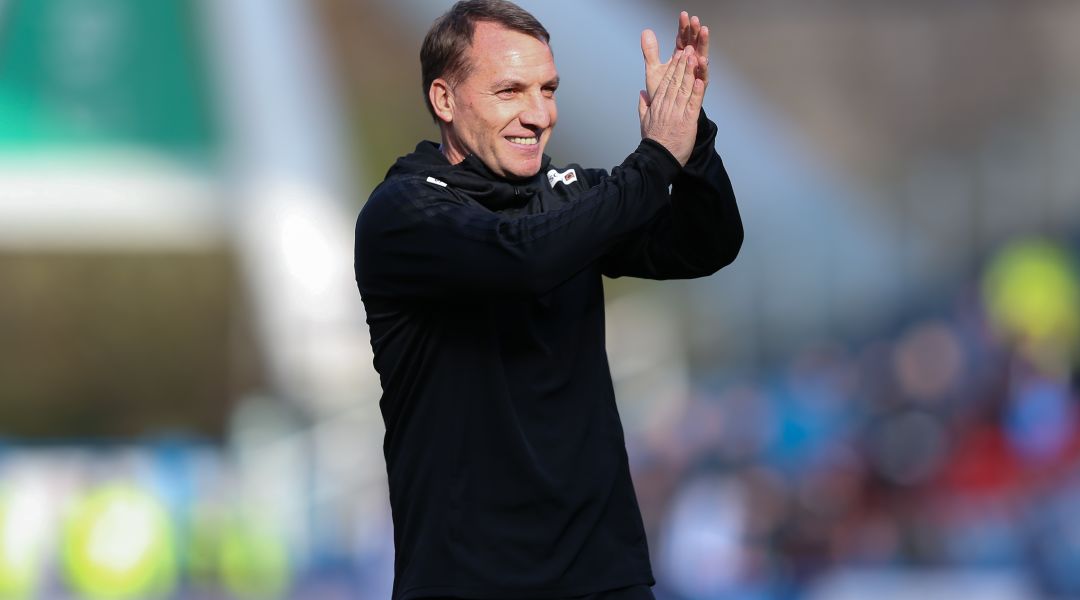 Manchester City’s narrow 1-0 victory over Burnley on Sunday means it’s as you were at the top of Premier League. The Cityzens remain one-point clear of Liverpool and are 2/11 for the title with two matches left to play.

Jurgen Klopp and co. did their bit at Anfield on Friday. The Reds stuck five past Huddersfield Town to keep the pressure on at the summit. But could it be an ex-Liverpool manager who holds the key to the title race?

Here’s why Brendan Rodgers and co. could give his old employers a helping hand when 22/1 shots Leicester City visit the Etihad Stadium next Monday…

Having a speedy frontline has been one of the few ways to get success against the champions this season. Daniel James of Swansea and Maxwel Cornet of Lyon are two more beneficiaries alongside Son.

That leads us nicely to Jamie Vardy. Not only has the Englishman struck 34 times against the Premier League’s top-six, he also has pace to burn. He’ll love playing off the shoulder of City’s centre-halves.

We’ve already identified pace as a key component of Leicester’s game, although that’s not exactly hard. But it’s how the Foxes use it at the Etihad which will be crucial.

Crystal Palace showed in December that if you attack City at the right moments they’re vulnerable. Leicester are in pretty much the same mould.

Rodgers won’t go there and stick 11 men behind the ball for 90 minutes. He’ll set-up his side to counter-attack at the right times, which should cause Pep Guardiola and co. plenty of problems.

With one of the most creative midfields in the Premier League and two flying full-backs, there’s no question that Leicester have the armoury required to really hurt City. Unai Emery and Arsenal will attest.

Now look. We know it’s not an exact science. But everyone loves a bit of narrative. And you can bet your bottom dollar that Rodgers will give it his all to help out his old club.

The Ulsterman came within inches of guiding Liverpool to their first Premier League title back in 2014, only to be denied on the final day by a rampant Man City under Manuel Pellegrini.

It’d be an ironic twist if Rodgers could deliver the title to Anfield with a result against their title rivals, while another ex-Reds manager in Rafael Benitez takes on Liverpool in Newcastle.

It ain’t over ‘til it’s over. And this title race still has some legs yet.