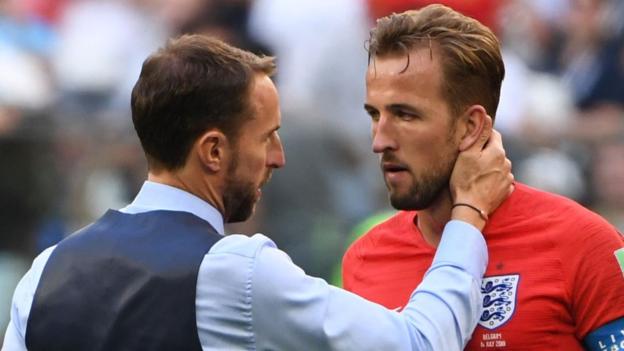 During the bizarre spectacle of England’s goalless draw with Croatia, Jordan Henderson was yellow-carded and will now miss this evening’s game with Spain. It’s an inconvenience for Gareth Southgate, as Henderson is really the only restricting midfielder in his squad, but it may yet prove an instructive moment.

Harry Winks is expected to be called into the side and perhaps that will nudge England further towards their midfield of the future. Winks is not a defensive specialist, his best attributes all relate to what he can do with the ball, but that is symptomatic of the kind of player now found in elite international sides.

The modern pre-requisite is for technique in those positions, or at least for the deepest player to be proficient in his own right. Energy and ball-retrieval remain important, but not nearly as fundamental as a capacity for controlling the rhythm of the game. Conveniently, Croatia’s performance at the recent World Cup was testament to that: they were an unremarkable team in many ways, bookended by a merely competent defensive unit and a passable forward line, but the strength of their midfield – the manner in which Luka Modric, Ivan Rakitic and one other of Marcelo Brozovic or Matteo Kovacic were able dictate the terms of possession – was fundamental to their progress.

England don’t have a Modric, nor do they have anyone yet who resembles Ivan Rakitic. Within this coming generation, though, they do have the option to load their midfield with players who are comfortable receiving possession in tight spaces and who also possess an expressive passing range. Winks is the most obvious example and Dele Alli is already an established international, but Mason Mount is another who could fit that triangular, three-man department and, even though he remains a mysterious quantity at international (and really Premier League) level, Ross Barkley’s strengths are all aimed at hurting an opponent too.

The specific personnel is relatively unimportant. Instead, the crucial aspect is the guiding philosophy itself: England must strive to be more comfortable on the ball. Defensive security will always be an imperative across all forms of the game, but internationally it seems that such strength comes from pressure and well-positioned players, rather than obdurate ball-winners who are literally adept at taking possession away.

It all sounds rather unfair on Henderson and perhaps also on Eric Dier. They are both fine players and they each regularly start for top-four Premier League sides for a reason. Nevertheless, their inclusion in any England starting eleven betrays an over-focus on an opponent’s strengths – and, if other sides are being picked with the aim of exploring the full breadth and width of the pitch, what use are close quarters midfielders who lack the ability to match that approach and who don’t possess the necessary mobility to subdue it.

That was really the main lesson learned from the summer’s semi-final: the only adequate response to players of Modric’s ability is to keep the ball away from them. If they’re allowed possession, they will nearly always have an influence on a game and, as was shown in that 2-1 defeat, over the course of a high-stakes knockout game they will eventually persevere. Even if that effect doesn’t take the form of a literal contribution, the metronomic rhythm they orchestrate will generally force an opponent into a preventative structure and, of course, also physically drain players who spend long periods of a game having to chase possession and cover space.

England must become one of these teams; if they ever want to contend at tournaments, they must worry less about the physical profile of their players and more about what, collectively, they can achieve and what sort of damage they can do. Such bravery will have to start in midfield.