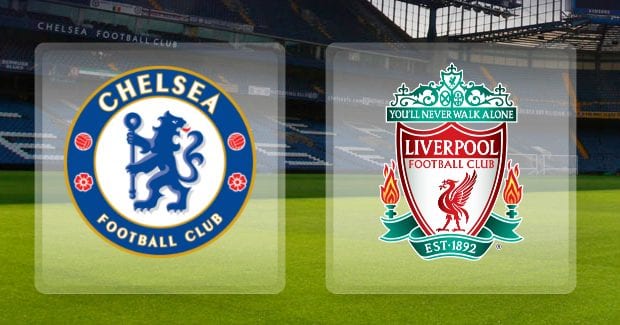 Fans can expect a thrilling fare when two title contenders face each other at Stamford Bridge on Sunday, September the 20th. Both teams have already begun their 2020-21 campaigns with wins.

While Chelsea breezed past Brighton 1-3 away at the Amex stadium, champions Liverpool survived a home scare at Anfield from newcomers Leeds United before emerging 4-3 winners.

The two key German signings for the Blues, Kai Havertz and Timo Werner, both started in the Brighton game.

Although the prolific Werner failed to open his goal account, the ex-RB Leipzig striker impressed and won the penalty which allowed Jorginho to give Chelsea the lead.

Apart from Havertz and Werner the Blues attack will have Mason Mount and Ruben Loftus-Cheek who takes the place of the injured Christian Pulisic.

Ben Chilwell, the Blues' defensive acquisition from Leicester City has arrived at Stamford Bridge but an ankle injury will keep the England left-back out of Sunday's big clash.

Mateo Kovacic will return to the squad at the weekend having served a one-match suspension. Frank Lampard's had the worst defensive record among the top ten despite finishing in the Top four of the Premier League last season.

They have struggled to maintain clean sheets and even conceded one against lowly Brighton in their opener last weekend.

Against the likes of Mohammad Salah, this could be a problem. The Egyptian has got off to a flyer this season with a hat-trick against Leeds although two of the goals came from penalties.

Salah will pose a threat to the Chelsea goal on Sunday, having scored in his side's 2-0 win over the Blues in April 2019.

The return of captain Jordan Henderson from injury is another bonus for Jurgen Klopp while new signing Kostas Tsimikas has been forced to isolate after testing positive for COVID-19, but  the ex-Olympiacos defender is now back in training and should be available in time for the Chelsea match.

Key mid-fielder Alex Oxlade-Chamberlain will miss the opening weeks of the new season after picking up a knee injury similar to the one which ruled Henderson out of the fag end of last term.

Liverpool failed to win five of their nineteen away games last season and looked well below their best towards the end.

Chelsea with a much more formidable attack than last term's can be expected to trouble the visitors a lot.

Liverpool won on their last trip to Stamford Bridge when Chelsea came storming back after falling behind 1-5 to reduce the margin to 3-5.

With the wealth of attacking options both teams possess, the odds are on over 2.5 goals being scored at 5/6 (Betfred)