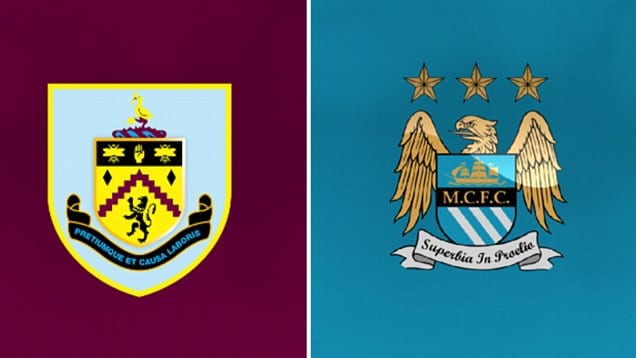 Burnley vs Manchester City Preview for the match on 26 November, Turf Moor at 12:30 hrs

Burnley put in one of their worst performances when they were clobbered 0-4 at the Hawthornes by West Bromwich Albion last Saturday. It broke a three-game unbeaten run for The Clarets and seriously dents their confidence when they prepare to receive 3rd ranked Manchester City at Turf Moor on November 26.

Even with a 55 per cent possession, Burnley were not able to find the back of the net even once against West Brom. Their finishing lacked polish with Sam Vokes (Burnley's top scorer) missing out on a couple of easy scoring opportunities.

Going into Saturday's clash, Sean Dyche will need to introduce Ashley Barnes early. The 27-year old striker galvanized the Clarets in their 3-2 win against Crystal Palace and scored the crucial death-time winner within minutes of being introduced into play.

Burnley will sorely need their 31-year old experienced defender, Stephen Ward, to perform in a defence that has given Sean Dyche nightmares. Ward is recovering from a hamstring injury and will have to pass a fitness test before making it to the starting XI on Saturday.

The Clarets have conceded as many as 19 goals this season, but at Turf Moor they have let in just six indicating that they are much tougher opposition at home.

For Manchester City, Vincent Kompany is out once again with a head injury. YaYa Toure's stunning return to the side with a brace against Crystal Palace last weekend adds to the Citizens' midfield riches in the form of Ilkay Gundogan, Kevin De Bruyne and David Silva, not to speak of the goal-scoring abilities of Sergio Aguero and Raheem Sterling up ahead.

The Clarets' performance at home this season is in stark contrast to their horrific track record on the road. They have conceded just six goals from their seven games at Turf Moor so far and a couple of them include noteworthy wins against top-half teams like Everton and Watford. But would such statistics be enough to stop the visiting Citizens from running all over them?

Pep Guardiola's men may get a further morale boost from a potentially successful mid-week trip to Germany which could see them break into the UEFA Champions League round of 16.

Burnley's defeat to West Brom have dislodged them from the top-half of the EPL table to the 12th spot currently and it looks they could slip a notch downward, post the November 26 clash. But nevertheless, it could be tough encounter which could see City emerge with a 1-2 win. A draw would also be of no great surprise, given the Clarets' doggedness at Turf Moor.