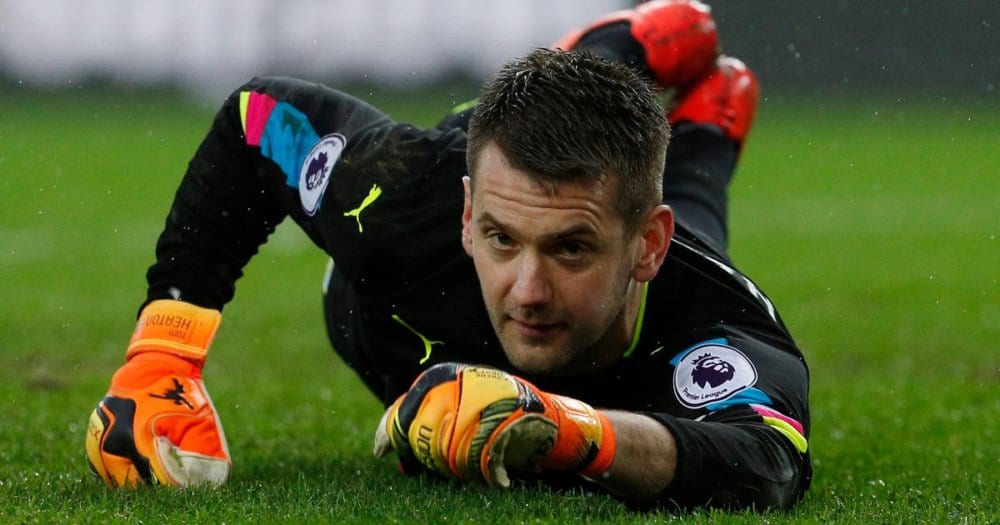 Tom Heaton resumed playing again in February but has been unable to dislodge the exceptional Nick Pope.

Tom Heaton has been left frustrated by his lack of action since his return from injury.

Burnley keeper Heaton has been unable to dislodge Nick Pope, after recovering from a dislocated shoulder.

Pope has been a revelation since stepping in to replace Heaton in September and a key reason why Burnley have defied the odds to finish seventh and will be back in Europe next year for the first time in 51 years.

And boss Sean Dyche has assured no reason to change his keeper and stick with Pope despite the long-serving Heaton's return to fitness.

But he has had to make do with a spot on the bench since his comeback with Sunday's trip to Arsenal the sixth successive game Heaton has been left kicking his heels on the sidelines.

Burnley have just one league game left and Heaton's lack of minutes has hit his chances of trying to get back in Gareth Southgate's England plans for the World Cup.

Heaton was in a strong position having been included in every squad Southgate picked before his injury and only missing the goalless draw against Slovenia in October 2016 after withdrawing injured.

But his absence opened the door for Jordan Pickford and also Pope to leapfrog him in the England reckoning.

Everton stopper Pickford is set to go to Russia as England's No. 1 while Pope was included as one of four goalkeeper's in Southgate's last squad for the friendlies against Holland and Italy.

Heaton has won three England caps and went to Euro 2016 as third selection behind Joe Hart and Fraser Forster.