Home Football Betting Bundesliga Betting: Bayern to pile on the misery for Schalke
1

Bundesliga Betting: Bayern to pile on the misery for Schalke 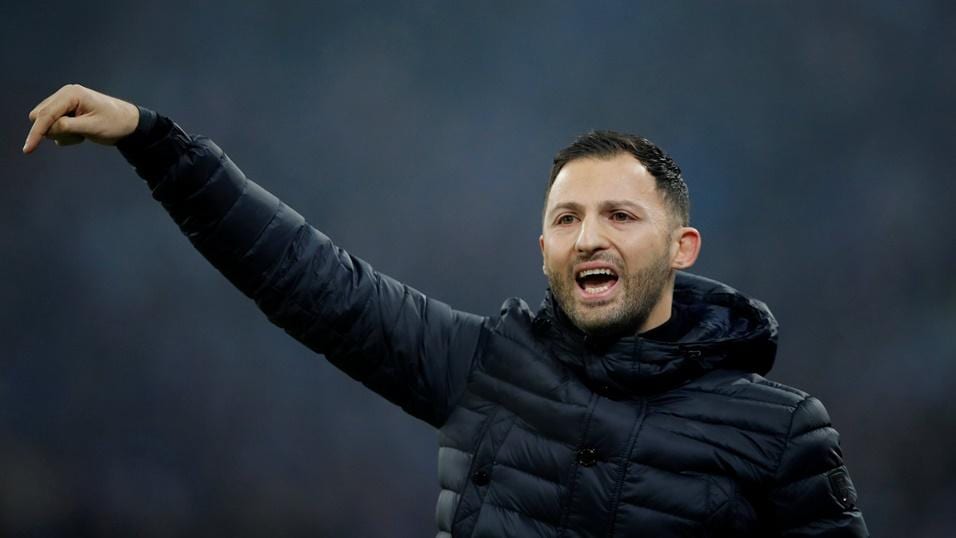 After securing 3/3 winners last weekend, Kevin Hatchard's back with another trio of Bundesliga selections.

With success comes increased levels of expectation, and Schalke are labouring under the weight of that pressure at the moment. They have lost all three of their Bundesliga matches, and the clumsy concession of two penalties by the usually flawless Naldo in midweek against Porto didn't help the Royal Blues, as they drew their long-awaited Champions League opener 1-1.

Coach Domenico Tedesco insists the performances are improving, and an elusive win is just around the corner. S04 may have to wait a little while longer though, because this weekend they face a Bayern Munich team playing with ominous consistency.

New Bayern coach Niko Kovac has won every single game so far, including Wednesday's excellent 2-0 victory at Benfica. That display included a goal from oft-derided midfielder Renato Sanches, and if Kovac's excellent man-management skills can salvage the career of a player that Bayern invested heavily in, that will go down very well with club bosses Uli Hoeness and Karl-Heinz Rummenigge.

A different Bayern midfielder may well be the focus this weekend. Leon Goretzka returns to former club Schalke just a few weeks after leaving them, and by his own admission, he's unlikely to get a universally warm reception. His free transfer switch to the Allianz Arena underlines a big problem for Bayern's rivals – how do they convince their top players that a move to Munich isn't worth it?

Schalke may well achieve that aim one day, but at present they look a long way behind the champions. The new signings haven't settled yet, Naldo's dipped well below the freakishly high standards of the last campaign, and Tedesco has plenty of work to do.

Opta tell us that Bayern have won 10 of their last 11 top-flight away games, and they haven't lost to Schalke in the clubs' last 16 competitive meetings. Of those 16 encounters, 13 have ended in wins for Bayern. I expect the Bavarian giants to come out on top again on Saturday evening.

Leverkusen to finally put points on the board

It was a rollercoaster ride, but Bayer Leverkusen finally ended their losing run on Thursday, as they came from behind to win 3-2 at Bulgarian side Ludogorets in their Europa League opener. Die Werkself were 2-1 down at the break, so they have to be given credit for turning things around, and that confidence boost comes at a vital time. Teenage midfielder Kai Havertz was truly outstanding, and scored twice in a barely believable performance.

Leverkusen have lost their first three league games, and although they have had a tough fixture list (trips to Borussia Monchengladbach and Bayern were never going to be straightforward), they have generally let themselves down so far. They have conceded at least twice in each of their last four competitive games, and for a club with Bayer's ambition, that simply isn't good enough.

In the long term, I think Bayer will fall short of their stated goal of Champions League qualification, but I've always believed they will pick up some sparkling home wins along the way. Sunday could be one of those days against a Mainz side that has started the season well, but has its limitations. They were gifted two late goals in last weekend's turnaround win against Augsburg, and they scraped past Stuttgart in a 1-0 win as well.

Mainz's away record is pretty poor, with just two wins in the last 24 road matches at Bundesliga level, and they have suffered 13 defeats in that sequence. Die Nullfunfer lost 2-0 at Leverkusen in late January, and I think they may end up losing by a similar scoreline against a Bayer team that generally relishes home matches against weaker opposition.

Football can change quickly, and both Frankfurt and Leipzig saw their fortunes fluctuate this week. Having played fairly well in a 3-1 defeat at Borussia Dortmund, Eintracht Frankfurt went to Marseille and picked up a superb 2-1 win in the Europa League, a result few people saw coming. Despite Jetro Willems being sent off (again), SGE remarkably came back from a goal down to win, with Luka Jovic bagging an 89th-minute winner.

Leipzig won a chaotic Bundesliga game 3-2 against Hannover last weekend, but then lost by the same scoreline at home to sister club Salzburg, having initially battled back from 2-0 down. Die Roten Bullen are badly missing Naby Keita's energy in midfield, and they are a total mess defensively. Sporting director and coach Ralf Rangnick won't sack himself, so he has a lot of work to do in the next few weeks.

Frankfurt have improved in the past week, striker Sebastien Haller is in strong form (three goals in three Bundesliga games), and the Eagles' physical approach could knock ailing Leipzig out of their rhythm. I'll back the hosts Draw No Bet.

Back Bayern Munich -1.5 on the Asian Handicap v Schalke at [2.03] Betfair
Back Bayer Leverkusen -1 on the Handicap v Mainz at 6/4 on the Betfair Sportsbook
Back Eintracht Frankfurt Draw No Bet v RB Leipzig at 2.16 Betfair