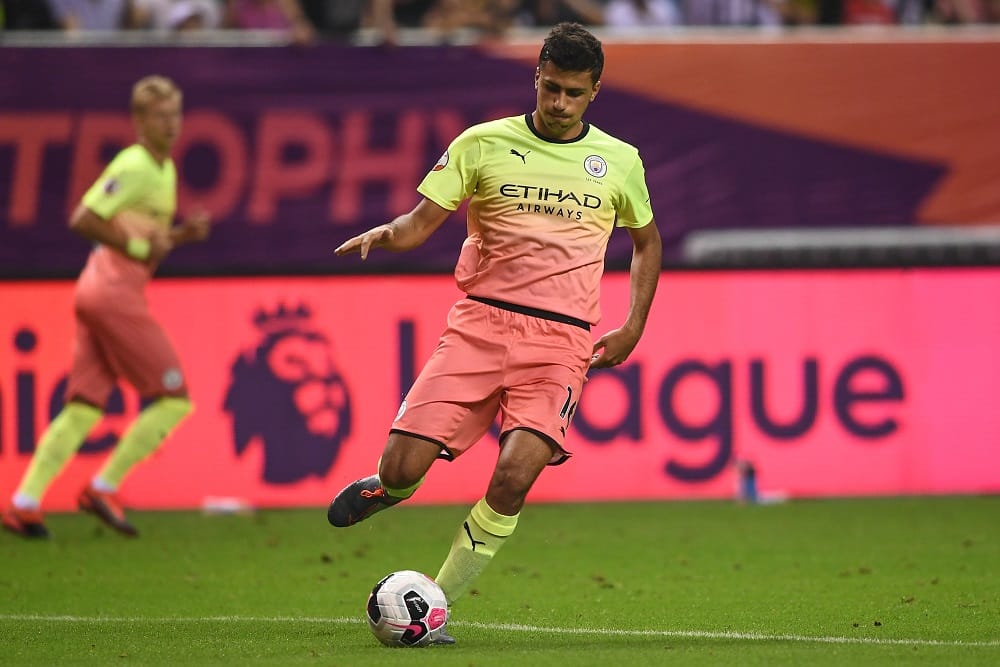 The latest bet365 premier league winner odds quoted were correct as of 14/01/2021 and are subject to change.

After having started the season on a horrific note and tottering at the 13th spot after 9 games, Pep Guardiola's Manchester City have recovered dramatically to shoot up the 2nd place last weekend.

City have accumulated 23 points from the 27 points on offer from their last nine outings, winning their previous five games on the trot to reach a tally of 35, just two behind top-placed Manchester United.

What's even more advantageous to them is that they have played one game less than other teams in the Top 5 viz., Manchester United, Leicester City, Liverpool and Tottenham Hotspur.

With fixtures against a Covid-hit Aston Villa and bottom-half strugglers Brighton, Sheffield United, West Bromwich and Burnley coming up, City's path to the top looks pretty clear in the near future.

Even without key strikers like Sergio Aguero and Gabriel Jesus not featuring in their recent outings, Guardiola has fallen on the depth of his reserves to regain City’s winning ways. For now, it looks like very much like the City side of the old.

After a phenomenal 2019-20 season where they emerged winners with a clear 18-point gap over next best Manchester City, Liverpool started the 2020-21 season on a confident note and looked firm favourites once again.

But a horrific run of four games without a win, their worst spell in two seasons, has left Jurgen Klopp's men on the 4th spot with 34 points from their 18 games. They are now three points behind Manchester United and one behind Man City.

The Reds are the bookmakers second favourites to take the title despite the dismal phase they are going through at the moment. The loss of two key figures in the defense, Virgil Van Djik and Joe Gomez, to long-term injuries has had its effect on the Reds' result of late, no doubt.

Add to that is the absence of the prolific young striker Diogo Jota that has robbed the side of much-needed goals. While still formidable at home at Anfield, Liverpool have been dismal on the road, garnering just 11 points from their 9 away games where there were potentially 27 points to be had.

But the prospective return of Van Djik, Gomez and Jota in February could however restore Jurgen Klopp's side to full strength. With difficult away games against Tottenham and West Ham United coming up and a home clash against an in-form Man City in early February, the Reds will be a worried lot and thus leave the online UK bookmakers with plenty to think.

Manchester United are the bookmakers' third favourites with prospects of moving a notch higher from their present position.

From being as low as the 15th spot in late October, Ole Solksjaer's Red Devils have rallied spectacularly in their 12 games since November to zoom to their current place at the top of the table.

Apart from having being unbeaten in those dozen outings, United have been phenomenal on the road, winning seven of their nine away fixtures and drawing two. While a bit out of depth in their early outings at home at Old Trafford, the Red Devils are back in business at the iconic venue with back-to-back wins over Leeds United, Wolves and Aston Villa.

With games coming up against relegation candidates Fulham, Sheffield United, a below-par Arsenal and a struggling Southampton, there seems to be only one way for Solksjaer's men to go – that is UP! A bet on the Red Devils is worth taking