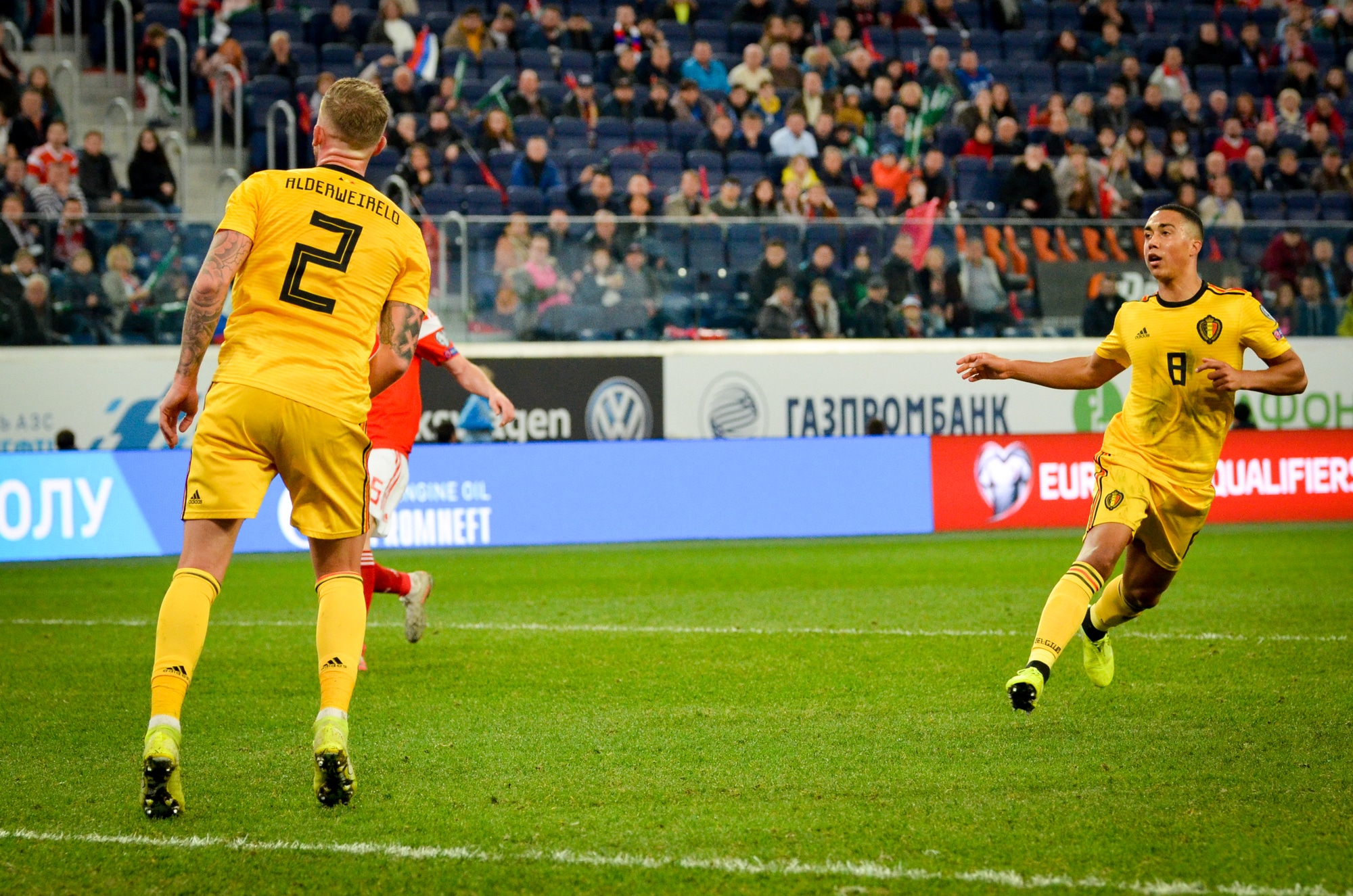 England's hopes of qualifying for the Nations League finals were dashed when they went down to Belgium 0-2 at the King Power,Leuven on Sunday night. The Belgians hung on to their early two-goal advantage as England dominated for large swathes of the game without any luck.

A poor clearance by Declan Rice saw the ball fall to Romelu Lukaku who then set up Leicester City's Youri Tielemans.

The Belgian midfielder then put the hosts in front with a 20-yard shot that took a deflection off Tyrone Mings to beat English goalkeeper Jordan Pickford all ends up in as early as the 9th minute.

It was from one of the corners that Kane almost found England's leveller but his powerful header that beat Thibaut Courtois was cleared spectacularly off the line by Romelu Lukaku.

The hosts found their second when Rice is penalized for a foul on De Bruyne.

A free-kick was awarded to the left of centre a little outside the box. Dries Mertens curled his kick over the defensive wall to leave Pickford rooted to spot, making it 2-0 for the hosts in the 23rd minute.

Undeterred by the two-goal deficit the Three Lions pressed on and almost pulled one back before the interval when Kane burst into the box from the left and unleashed a low shot from an acute angle but Courtois somehow had it covered.

England were nearly made to pay for conceding possession inside their own half post the interval as Kyle Walker lost control of the ball to a lurking Lukaku who charged towards the penalty area and set up Kevin de Bruyne but the Man City playmaker's low drive towards the far post went wide.

England put pressure again on the rival goal as Mason Mount produced a clever flick to Kane at the edge of the area in a central position but the Spurs striker's effort went straight to the keeper. With Roberto Martinez's men playing high up, the English were able to counter-attack with Jack Grealish twisting to take a shot from the corner of the box but his attempt missed the target.

With 20 minutes of the game left and the Three Lions not finding any success for all their endeavors, Southgate went for broke as he introduced Dominic Calvert-Lewin and Jaden Sancho in place of Mount and Kieran Trippier.

The changes did not yield the desired results as it were the hosts who found a chance towards the end to add to their tally when Lukaku cut inside from the right on the edge of the penalty area beating his marker Mings but his powerful shot few wide.

This was England's second successive defeat after their 0-1 loss to Denmark at the Wembley last month that has seen them finish in the third place of Group A2 with seven points.

Belgium while leading the A2 cluster would have qualified for the final four but were made to wait by Denmark's win over Iceland. That means the Belgians need to avoid defeat at home to the Danes on Wednesday in order to make it to the finals, while England are out of contention for a second successive shot at the title.

The only excuse Southgate can make was that he was without the thrust of Sterling and Rashford although Villa forward Jack Grealish playing only his fourth international, performed admirably. Southgate's formation that had five players at the back will be questioned for its serious lack of pace and creativity.