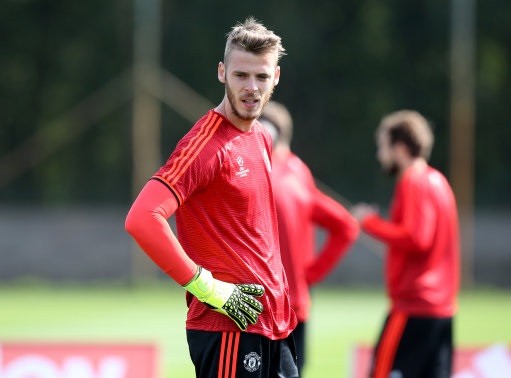 The 28-year-old is in his ninth season at Old Trafford after moving from Atletico Madrid in the summer of 2011 and is widely recognised as one of the best keepers in the world.

However, there has been increased speculation over the past few years that the Spain international was intent on quitting the Theatre of Dreams and heading back to Madrid – albeit with Atletico’s city rivals Real.

However, those rumours have now been put to bed as the man capped 40 times by La Roja has penned a new deal until the summer of 2023.

The Red Devils are unlikely Premier League title contenders this season, having taken eight points from their first five games, but De Gea is determined to do all he can to help the cause after signing on the dotted line.

“Now my future is fixed, all I want is to help this team achieve what I believe we can and win trophies again, together,” he said. “It has been a privilege to spend eight years at this great club.”

The talented custodian won the Premier League with United in the 2012-2013 campaign and also has FA Cup, EFL Cup and Europa League winner’s medals in his collection.

It is open to debate as to the limit of the club’s ambition this term under Ole Gunnar Solskjaer, but De Gea wants to win more silverware for the United faithful (United 5/1 – Europa League Outright).

“I still feel I have so much more to achieve at the club and I truly believe that Manchester United can build on the club’s tradition of success and reward our fans for their support,” he added.