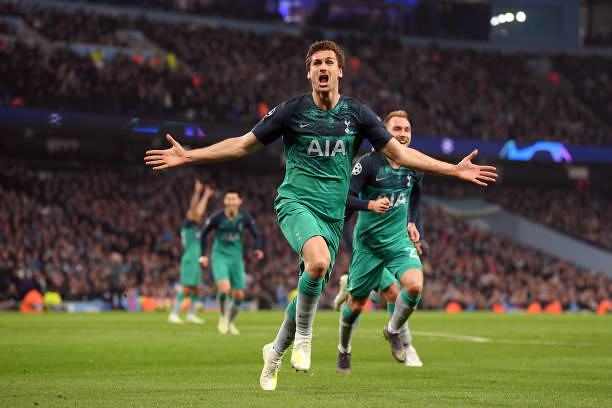 Napoli have completed the signing of free agent forward Fernando Llorente on a two-year deal (Napoli to win Serie A – 5/1).

The Spaniard was let go by Tottenham this summer after spending two seasons with Mauricio Pochettino’s squad.

He largely served as back-up to Harry Kane during his time in North London and only made 36 Premier League appearances across his time at the club.

The 34-year-old former Spain international only netted two goals in that time but reports did link him with a move back to Tottenham this summer after the club failed to bring in another forward.

Fiorentina and Manchester United were also reportedly keen on a move for him but Napoli have won the race for his signature.

He will compete for a place in the line-up alongside Arkadiusz Milik and Dries Mertens, as Carlo Ancelotti has brought him into the club for a more direct option.

So far this season, Napoli have been involved in two seven-goal thrillers, firstly beating Fiorentina 4-3 away on the opening day.

They then lost by the same scoreline at title favourites Juventus, though six different players have scored for them already this season.

Napoli will hope to have Llorente available for their Serie A match at home to Sampdoria after the international break (Napoli 2/9, Sampdoria 10/1, draw 5/1).

They are also hoping to go strongly in this season’s Champions League and have been drawn in the same group as last season’s winners Liverpool, while Salzburg and Genk are also in Group E (Napoli to win Champions League outright – 40/1).