Home Casino A Guide To Pay Both Ways Slots
1.

A Guide To Pay Both Ways Slots 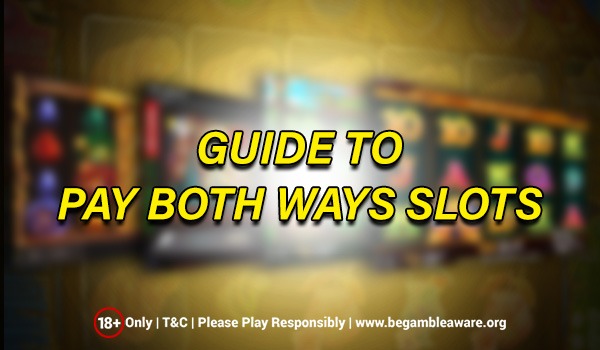 There are several new video slot machines online launched everyday and one way to distinguish these slot games is by how the players can land combo wins. The most common slot machines have only one way to win. Many slot games allow players to win by landing matching icons on the reels from the left to the right. Many players will say that talking about landing combo wins is far easier to do than doing it with a single way to win. On the other hand, with pay both ways slots, the players can double their chances of landing matching symbols on the reels and earning payouts in the process. This is because wins can be earned on the reels either from left to right or from right to left.

However, you should note that the symbols math must match up consecutively on an active payline. If you are playing a 5-reel slot and you need to land three matching symbols for a win, you can land symbols on reel 1, 2 and 3 as well as 5, 4 and 3 to win. Pay Both Ways Slots Are Better Than One

However, with most pay both ways slots landing four matching icons on a 5-reel slot would always lead to a four-of-a-kind combo win. Whereas, in a one-way-to-win slot failing to land a matching icon on reel 1, but four-of-a-kind on reels 2 to 5 will not result in a win.

Pay Both Ways Slots Can Seem Too Easy

If there is one criticism of pay both ways slots are that they can seem too easy to play. Since the players have a doubled chance of earning wins, they are more likely to get their wish making the game a bit of a bore. Another criticism is that because wins are relatively easier to come by developers have ensured that the payouts are smaller for two-way slot games when compared to their one-way-to-win cousins.

This may not go down too well with the high stakes players. Game developers like Genesis and Microgaming who are reputed for developing many pay both ways slots have designed the slot games that are much harder to land matching symbols.

Jackpot Mobile Casino is your Destination to Play

If you are interested in playing pay both ways slots, then Jackpot Mobile Casino is the best online UK gaming site to visit. The registration and opening of a gaming account are seamless. Players also have the advantage of playing a number of two-ways-to-win slot games right from their Android or iOS mobile devices as well.