Making The Most of Non-League Football Betting 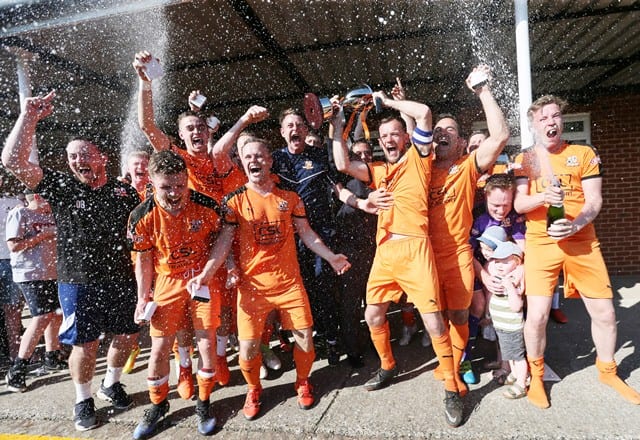 When it comes to having a flutter on football fixtures, where do you head to first; the English Premier League, La Liga, Ligue 1 or Serie A? Maybe you prefer the European competitions between the elite clubs?.

Well, forget the huge money and names in the top European leagues, turn your attention to making some money on the ever-growing Non-League football market?

In recent years bookmakers have come under fire from fans of the true ‘beautiful game’, asking why they can’t have a flutter on their teams matches.

Several high-profile bookmakers have in recent years started to offer bettors the chance to have a flutter on the Non-League football pyramid, particularly, National League fixtures. This has grown considerably in a short space of time where bettors now find themselves able to have as good a quality of betting on the Non-League action as they are on the English Premier League.

If you aren’t a fan of a team plying their trade lower down the pyramid of football, you may not have much knowledge of the goings on in that league. You would be forgiven, but, you’ll want to buff up before you start putting your hard-earned money on the action.

So, how do you go about maximising not only your knowledge of Non-League football, but, then allowing yourself to maximise your betting on it?

Use Various Sources of Information

There are so many outlets that have grown in stature in the last decade that cover Non-League football, including everything from dedicated websites to those on social media as well as leading radio journalists.

The Non-League game has reached new heights in terms of popularity, so, why shouldn’t you consider turning your attention and betting towards it too?

If you’re wanting to build your knowledge of the Non-League world then your first, and the best, point of call has to be the Non-League Paper. Why? Because it has been running for almost two decades and has continually risen in popularity due to the brilliant coverage of everything Non-League.

Don’t just take the word of the longest running conveyor of everything Non-League related though!

There are plenty of reliable individuals across Twitter who tackle and cover the subject of everything Non-League. Two in particular who are reliable and always on the ball (pardon the pun) are below.

Ollie Bayliss is a journalist for the BBC who tweets out plenty of news and information – definitely one worth considering if you’re after some video content to back up your betting too as he often shares a lot of his own recordings from games. If you were looking for a reputable individual who has been in journalism for a long time however, you need to be following and looking out for the nuggets of golden information from TalkSPORT’s Tony Incenzo

Choose Your Bookmaker with caution

You will want to get a strong grasp of the knowledge and teams in Non-League football as plenty of bookmakers now offer you this as a brilliant football market away from the glitz.

One of those is Coral, who have a whole host of markets priced up and available to you. It may come as a surprise, but they offer everything you would want if you were having a punt on the Premier League. Yes, whether you’re after; outright markets, accumulators, in-play odds, personalised odds, cash out along with an infographic displaying all the stats in the build up to the match you could possibly wish for.

It isn’t just Coral either, the bookmakers offering markets on Non-League football are no longer doing it by halves. Considering the year-on-year growth in interest in this level of football, it is long overdue and a welcome addition to the betting industry.

The experience of betting, as well as the markets available to you are almost on a seamless par between Non-League and English League football. This if anything is testament to the fact that Non-League football is on the rise for viewers, attendees and bettors.

Remember, we may be after great markets and offers on Non-League football, but, that doesn’t mean we can’t also keep an eye out for the great exclusive new sign-up offers that are up for grabs.

As always, it is well worth having a look around at the various bookies before you settle on one. Or, better yet, why not sign-up to a handful of bookies to take advantage of numerous exclusive new customer offers? There is no limit to the amount of new customer offers you can redeem, so it is definitely worth shopping around if you were after the best sign-up incentives available to you.

Make use of Mobile Betting

When bookmakers first released their mobile betting apps, they weren’t that great. However, after updates upon updates on their apps – the experience for bettors has now been enhanced so much so that it is almost an identical practice on both desktop and mobile betting. You can get in-play live betting, as well as cash out too now – which can obviously help you make the most of betting on Non-League action.

If you were unsure on which betting app to go for, and, especially if you were looking for a bookmaker to bet with purely via their mobile betting app, you’re in luck! There are numerous extensive betting app reviews available to you, so, you can make a better decision. Some of them, such as topbettingapps.co.uk, offer a list of apps that are best specifically for Football Betting.

On that note, remember that if you’re looking for a place that you can return to happily every weekend for the whole of the season – why not choose your bookmakers based on how you benefit from your returning custom?

Many of the established bookmakers now offer you incentives based on your activity, this can be anything from a tiered level system such as offered by Betway, or, perhaps you would rather have a look at Coral’s loyalty perk?

The Coral Bet & Get Club is a standout example of a consumer rewarding their customers. Not only does it have a great name, but, when you bet £25 from Monday to Thursday you will be rewarded with a £10 Free Bet on the Friday. What better timing to get a free bet? Right in time to go and have a flutter on the Non-League action too!

Overall, it is clear to see that many football fans are falling out of love with the game at the top levels, especially in the English Leagues, so many are turning their attention towards Non-League football.

With it they are rewarded with a bigger sense of community where you can have your faith restored by your club, your money reinvested in the club you support…and now, you can even bet on a large majority of the action with your favourite bookies.

What more could you ask for, other than a good cup run of course!